Wyldstyle Says: We Can Build It! (On a T-Shirt) 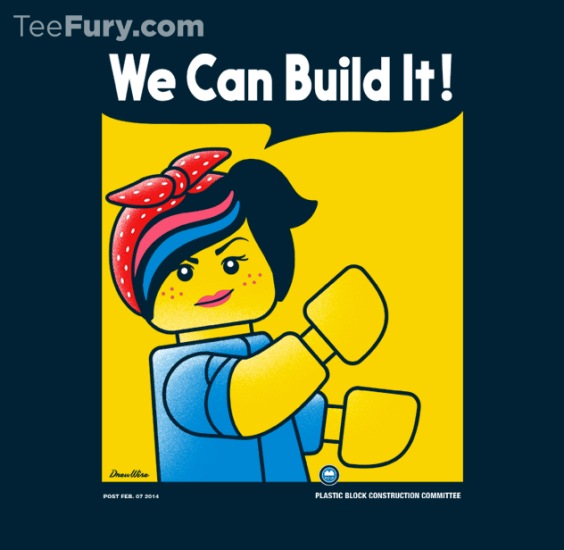 Available only today, at Tee Fury.

Previously in The Lego Movie