Online Lego Options Prevent You From Choosing A Girl’s Name 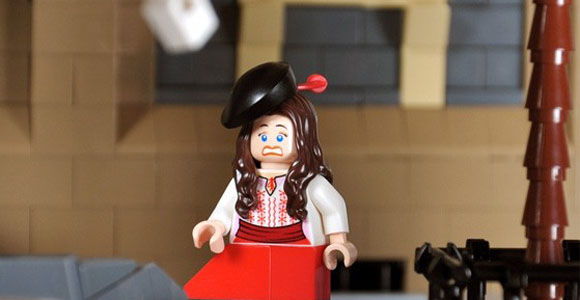 To me, Legos have always been a great gender neutral toy. Even though their franchise sets may be marketed toward one specifically, they’re usually a safe bet if you’re looking for a gift for a young child. Well now, an online template for their new Hero Recon line is stirring a bit of controversy thanks to a gender-biased naming list.

According to Parenting Central, Hero Recon is “the successor to the company’s successful Bionicle line of futuristic robot creatures, features an online template for customers to build a custom creature, adding armour and accessories. Created as part of Lego’s DesignbyMe initiative, the toy can be ordered or used in online games on the Lego site once completed.”

The website gives you a choice of 22 names to give your creation but unfortunately all of them are boys’ names. Disappointing for fans but even weirder when you consider what Michael McNally, brand relations director for Lego, told the Star . “As one of the most prominently featured heroes in the (Hero Factory) storyline, Breez, is female, it was a miss to not include girls’ names in the options for Hero Recon Team,” he said also adding that they are looking for a quick fix.

Writing to Lego, a fan received this statement in response:

The members of LEGO Hero Recon currently can’t be given a girl’s name. We’re looking into making sure that we get this changed as quickly as possible though! We don’t want to make anyone think that there aren’t girl Hero Recon team members. This was an oversight that we will be looking at fixing. Please accept our apologies.

Although it concerns me that no one thought of this before letting the customization website go live, it’s nice to see that Lego is quick to respond and adjust their settings.

Not everyone is so forgiving though. Marcia MacQuarrie, editor of The Noise on Toys consumer guide, said, “With only 22 name choices, it’s not terribly personalized personalization. The thing is there are a lot of girls that like these types of toys and they are not really recognizing that.” Parent Central said she also added, “It is clear that the idea is to appeal to boys with this particular product and online environment.”

You may think the easy answer is to give consumers complete naming freedom but companies are reluctant to do so thanks to some troublemakers. “The controls are designed to protect the brand, as inevitably some people will try to use foul language,” wrote PC. “In the case of the Lego Hero Builder tool, the user-generated creations are placed in an online gallery, meaning some precautions are needed to ensure the names are not insulting or derogatory.”