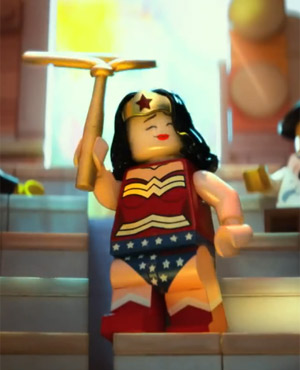 As much as I love The LEGO Movie, there’s no denying it gave girls the short end of the brick. Elizabeth Bank’s Wyldstyle is one of the few female characters in the film with a meaningful role, but thankfully Phil Lord and Christopher Miller say they’ll be using the sequel to make amends.

In an interview with The BBC, the directing/writing team talked about the importance of representation in film and the industry’s responsibility to women. According to Lord,

It’s important to us that the movie plays broadly and that we inspire young women as much as we inspire young men […] You can feel that the whole movie culture is now starting to wake up to the fact that half the audience are women […] Frozen is reflective of that – and I think we are all going to find a great flourishing of women film makers and subject matter in the future.

Miller was unwilling to provide more details, despite only having an outline so far for The Lego Movie 2: “I don’t want to give spoilers but there will be more female characters and more female stuff […]  There’s been a real shortage of [female protagonists] in recent years and I think that the near future will be very different.”

The team’s repeated use of phrases like “female stuff” makes me a little apprehensive (isn’t much of The LEGO Movie focused on telling kids that they don’t need to worry about fitting into arbitrary categories such as gender norms?), but it’s still exciting that the sequel will feature some rad ladies. What do you guys think?