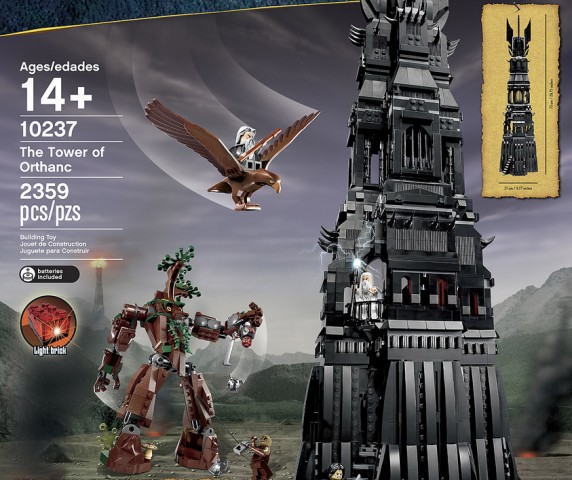 Word’s been out on the Internet since at least January about an official Lord of the Rings Tower of Orthanc LEGO set thanks to a few images making the rounds, but now it’s officially official: LEGO’s announced their two-foot-tall Tower of Orthanc set. They take a few liberties, so be prepared for a few very upset Tolkien scholars.

Well, assuming any of them actually care about LEGO sets. Given the response to some of the minor details in Turbine’s Lord of the Rings Online, however, I’m willing to bet there are at least one or two. Either way, we’re all getting an incredibly spiffy Tower of Orthanc.

Here’s the designers talking a bit about their creation:

You can pretty much tell where the obsessives will start to hurt on the inside. It’s around the time they start talking about how they had a little leeway in designing the rooms, and goes on for the rest of the video. My two cents? They’re designing a LEGO version of a fictional tower from a movie based on a book. I’m willing to let this one go.

Also, I’m partial to cool LEGO sets, and this one looks really, really cool. The Tower of Orthanc set is, er, set to release in July for $199.99.

(via The Brothers Brick)