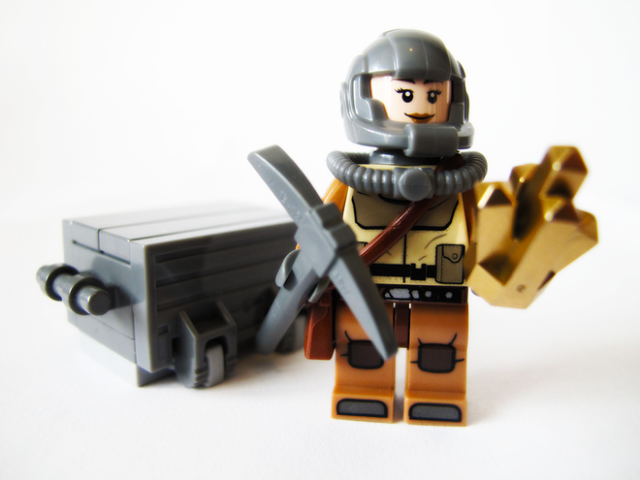 Hooray for positive trends! Following the success of the female scientist-filled LEGO Research Institute set, a lot of LEGO Ideas creators have jumped on the bandwagon and come up with their own spins on the badass lady-friendly theme. This science-fiction set isn’t based on a particular franchise, but instead features “a research scientist” who’s “scouting the arid wasteland for unusual mineral caches on her mobile hover-laboratory” and comes across an alien outpost.

The creator of the “Planetary Exploration” set, Playslashwrite, explains their intentions:

First off, I meant it to be a very conscious step away from the familiar theme of battling evil alien races. Instead, I tried to envision a more idealistic scenario focused around the study of unknown worlds and meaningful interaction with alien lifeforms. Secondly, I wanted to emphasize the need for more diversity in female roles by placing a no-nonsense female scientist in the lead and give girls who dream about exploring outer space someone to look up to.

What do I really love about this? It looks like an actual set LEGO would put together for one of their “Galaxy Squad” sets, but without the emphasis on blowing up bug aliens—and as much as I adore the franchise tie-ins that LEGO puts out, seeing some honest to God original science fiction for kids to invent their own stories with is great. The only thing that would seal the deal for me is if the designer had used one of the darker skintones for their scientist, because LEGO tends not to be particularly racially diverse, either (though let’s be real, if they mass-produce this set, they’ll probably switch it to their generic yellow anyway).

As of writing, the Planetary Exploration set has 450 of the 10,000 supporters it needs to be reviewed by LEGO. Considering that the Research Institute set is so popular that it’s already sold out, this is definitely the sort of trend we want to encourage in LEGO design, so go over and give the set your vote if you’re interested!

Check out the rest of the images in the gallery below.