The M45 Tactical Shotgun from Halo Modeled Full-Size in LEGO 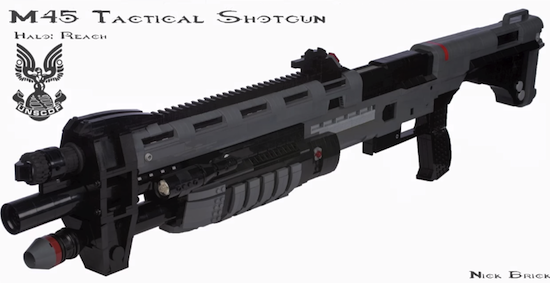 We’ve already seen that LEGO modeler Nick Jensen not only loves Halo but is very good with expressing that love in the medium of life-size models of weaponry. Now, he turns his attention to his favorite gun in the Halo games: The M45 Tactical Shotgun. His model, in addition to being human-sized, has a working trigger, moving slide, and a mechanism to eject LEGO ammo “shells.”

Jensen began work in the 38-inch five-pound model back in February and completed it early this month. The entire model is LEGO, the only addition being some glue at points where the interlocking powers of the bricks would not have been enough to hold the gun together. If you’re keen to get a look at it in person, Jensen writes that he’ll be showing off the shotgun — along with his other LEGO weapons — at the 2012 Brickworld Chicago convention this June. 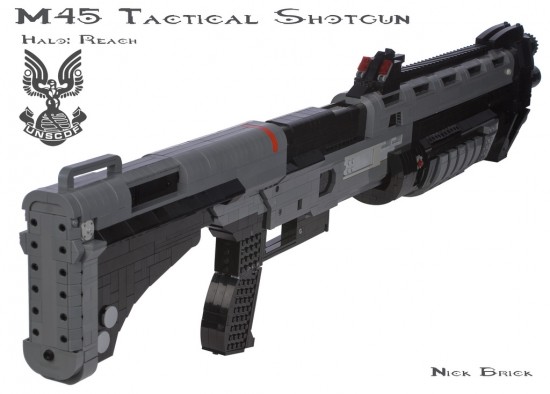 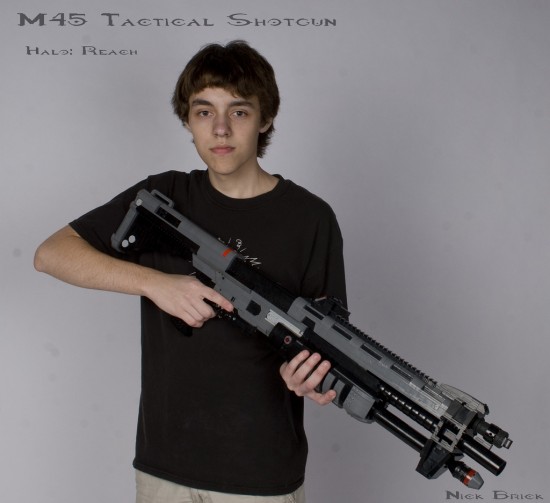 (Nick Jensen via The Brothers Brick)