All of Middle-earth Made Out of LEGO | The Mary Sue

All Of Middle-Earth Made Of LEGO 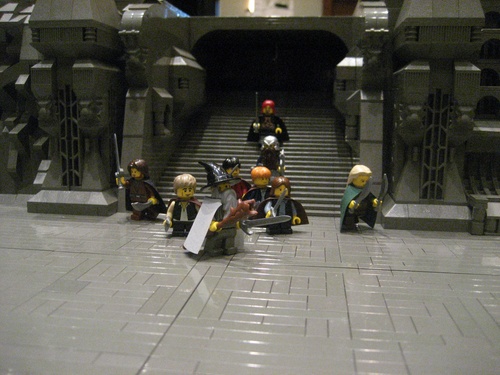 Winner of “Best Group Layout” at Brickworld 2011 was Middle-earth from The Lord of The Rings made entirely out of LEGO. The project was completed through a collaborative build that got its start on the MOCpages for sharing LEGO creations, following Brickworld 2010.

After a year of planning and building, a team of participants from five different countries built an approximately 200 square foot rendition of Middle-earth. I mean, all of Middle-earth. From Hobbiton to Helms Deep, from Ringwraiths and the Armies of Mordor to the members of the Fellowship – it’s all here. We’ve chosen a few of our favorites, but the entire collection can been viewed on the Journey of the Fellowship 2011 MOCPage. 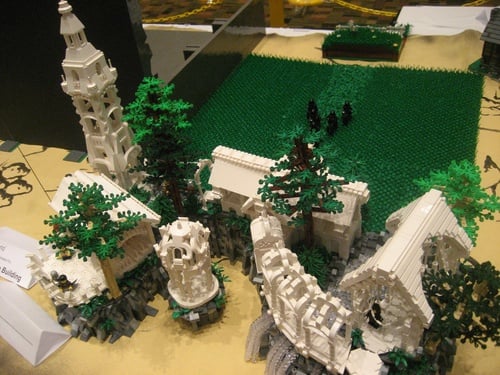 Rivendell: Build by Dave Kaleta. This beautiful rendition of Rivendell was nominated for “Best Large Building.” While it didn’t take home the prize, there is no arguing that there’s just no Middle-earth without Rivendell, it is afterall the place where the Fellowship begins. 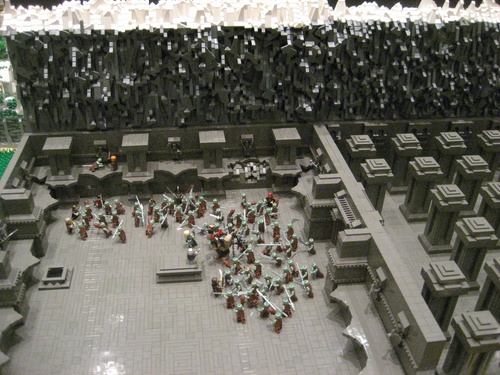 The Mines of Moria: In this rendition of the Mines of Moria built by Lee Jones we find our heroes desperately fighting off a group of Orcs, trying to keep the Fellowship together. 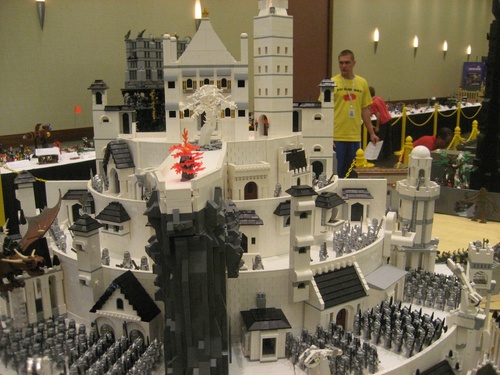 Minas Tirith: Originally built by Chris Phipson and Mark Kelso, after breaking during shipping this amazing model of Minas Tirith had to be re-built last minute on site by the entire collaborative. But all those white bricks came together beautifully in the end. 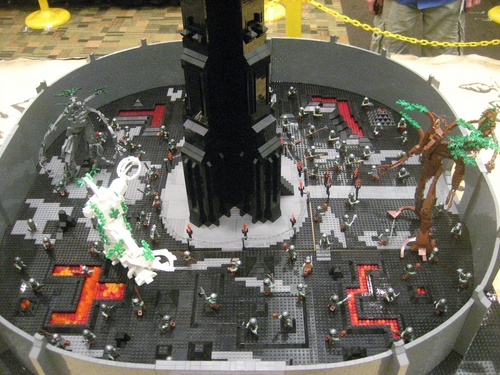 Isengard: Complete with havoc wreaking Ents, this rendition of Isengard with the Tower of Orthanc was also built by Chris Phipson and stands approximately 4 feet 8 inches tall. The model took over 5,000 LEGO bricks (when he says he stopped counting them) to create. 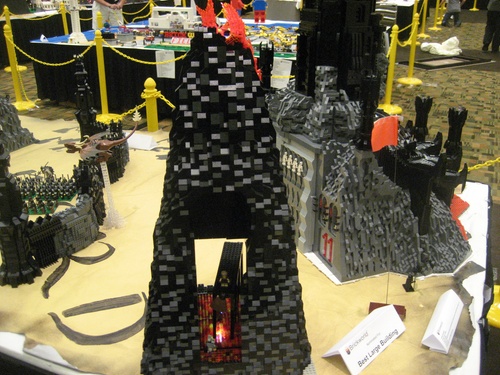 Mount Doom: Created by Anthony Dunne, whose previous experience in LEGO building was in cars, this rendition of Mount Doom actually lights up, and according to the builders was one of the smoothest aspects of the build in that nothing catastrophic happened to it. 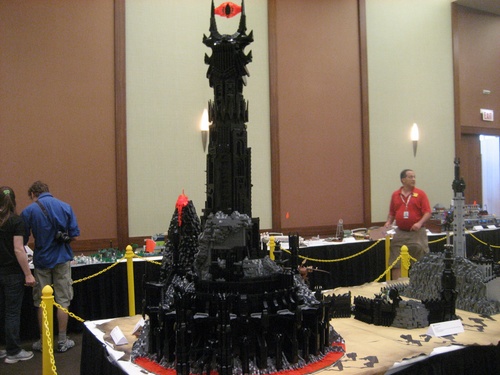 The Tower of Barad Dur: The crowning glory of the LEGO Middle-earth is the tower of Barad Dur by Kevin Walter. The tower itself stands at over six feet. The piece was nominated for “Best Large Building” and took home the “Judges Choice Award”.

Brickworld 2011LEGOMiddle-earthMOCpagesThe Lord of the Rings