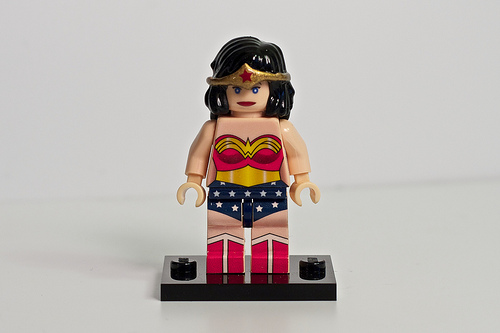 The LEGO Wonder Woman you see above is not an official one, but since DC has officially give LEGO access to all of its characters, an authentic, LEGO set based on Diana Prince’s alter ego — as well as Batman, Superman, Green Lantern, et al. — is forthcoming. The first of the figures made the rounds at San Diego Comic Con, where 3,000 Batman and Green Lantern figures are being given away. Come January, a total of 13 characters, including villains Joker, Bane, and Harley Quinn, will be sold in stores. But what’s really exciting about this? The greater presence of female characters in LEGO form. It’s about time!