"Hey, help a fallen brother out!" 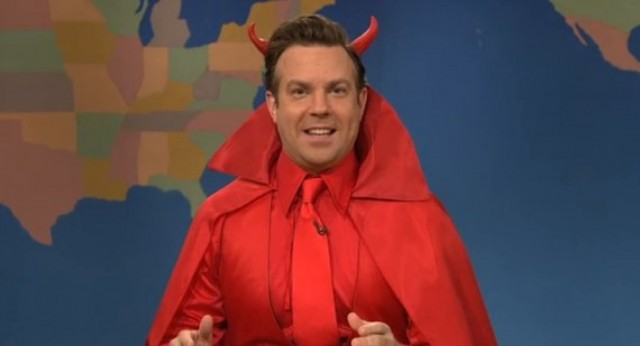 The devil sure is a busy guy these days. In addition to performing gay marriages, freaking out all the campers in Southern New Jersey, and working on his own show for Fox, now he’s got Nic Cage’s upcoming rapture-themed movie to deal with. Can’t a guy just eternally punish the wicked in peace?

Left Behind, you’ll remember, is a film inspired by the 16-book-long series of Evangelical Christian novels that imagine what life is like for those who don’t make the rapture cut just before the second coming. It’s also a very, very literal interpretation of what happens in the Book of Revelations. Like, too literal. Basically, imagine all the shitty parts of The Leftovers meeting up with all the supernatural stuff in Sleepy Hollow, plus Jesus. There’s already a series of straight-to-DVD movies starring none other than Kirk Cameron, but this weekend is the first time the franchise has gotten a theatrical release, so naturally they upped the stakes and brought in Nicholas Cage, Chad Michael Murray, and Lea Thompson (!!!) to really drive the message home.

Here is the latest trailer from August 30th. It is nonsense. You’ve been warned.

Naturally the marketing department for this movie wants to toe the line between “people who legitimately believe that this is how the world will end and want others to recognize how great God is for their own sakes” and “people who will watch this movie for Nic Cage and explosions.” With this newly released poster, I’m pretty sure they’ve hit just the gold they’re looking for: 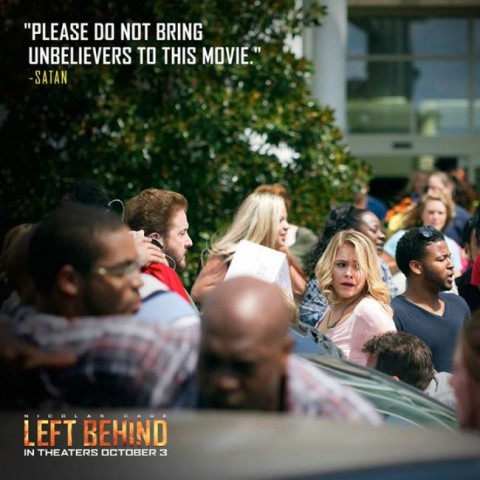 The idea is that if people go to see this movie who don’t believe in God, they will be so fear-stricken and moved by planes crashing into one another that they will completely change their minds. And you know what? Considering that part of the story’s climax ends with Jewish people calling into a hotline to get converted before Jesus arrives (I swear to God I am not making that up), that’s probably exactly what some fans of the series are looking for.

So props to you, Left Behind film. You saw your ridiculous chance and you took it. Truly you are the movie that deserves Nicholas Cage most of all.