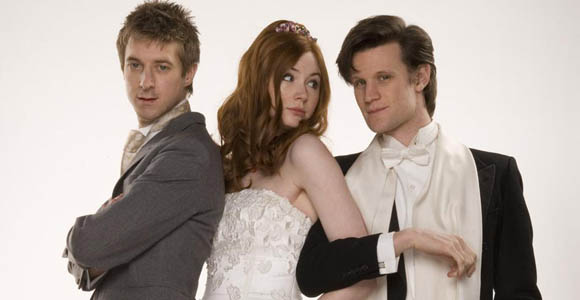 I don’t even want to think about it, honestly, but The Pond’s time is coming to a close on BBC’s Doctor Who. With the next season currently filming, set photos were bound to surface and we now have a few to look at from episode five. Click ahead to check them out but beware, they are definitely spoilerific when it comes to which villains we’ll be seeing in the episode.

I’ll start off with the less spoilery one so as to keep those who came to this page directly from seeing certain shots. 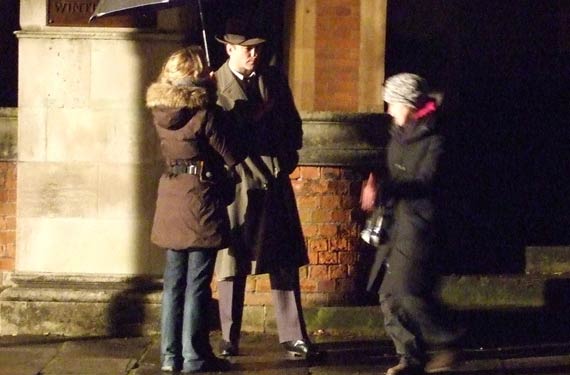 Ok this next one is just pure comedy in my opinion. 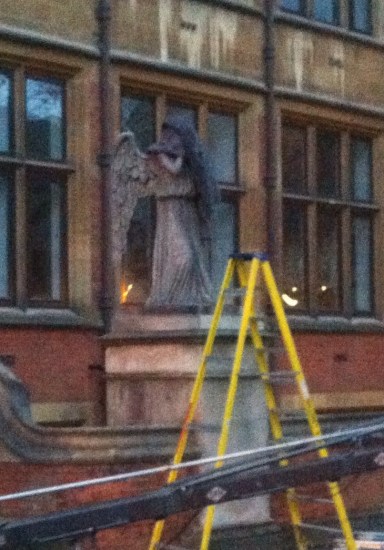 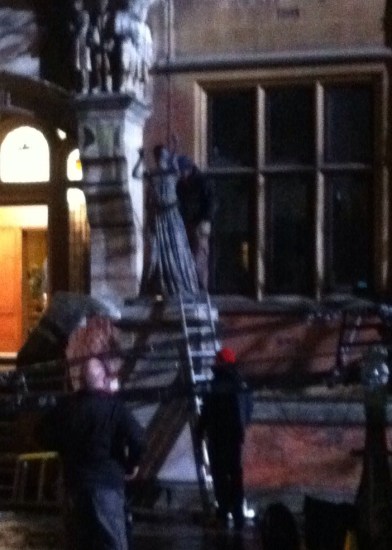 I honestly don’t know if I could work around a Weeping Angel. 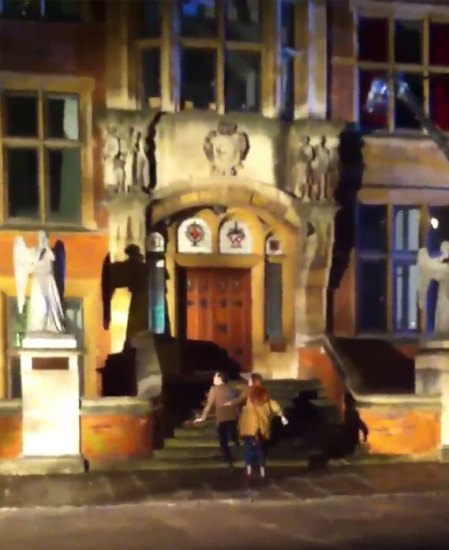 And here’s what is presumably Matt Smith and Karen Gillan (or their stand-ins) keeping their eye on things. 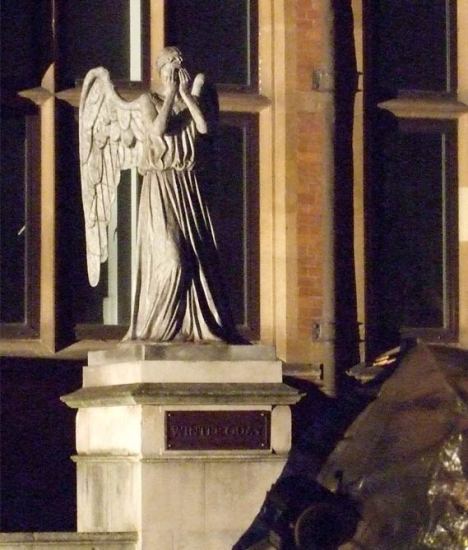 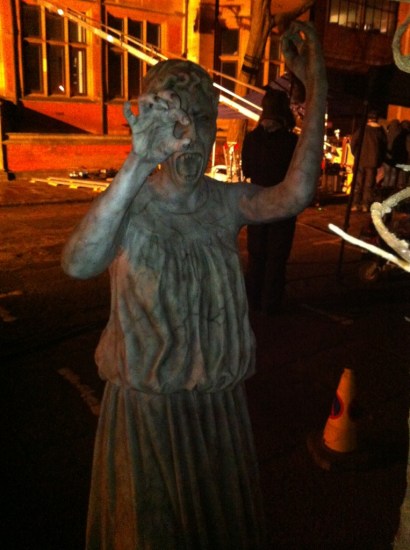 You blinked, didn’t you?

The video is unfortunately no longer embeddable but here’s the YouTube link. The episode is set in New York in the 1940s apparently but that’s pretty much all we know. That, and of course that Amy and Rory won’t be traveling with the Doctor anymore after this. I know a lot of folks are actually looking forward to that because they think the show has become too much about the Ponds and not enough about the Doctor but….RORY!!!