Are These the New LEGO Lord of the Rings Sets? 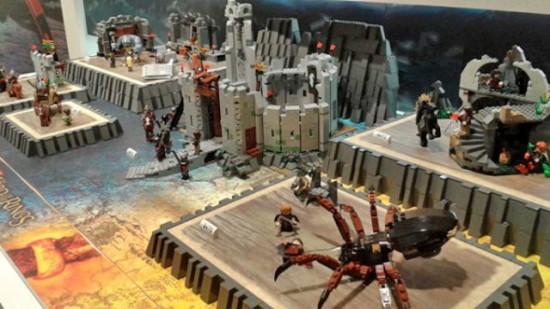 We’ve been waiting with bated breath for the forthcoming LEGO Lord of the Rings sets for quite some time now, but it looks as if they’ve already been spotted in the wild. Apparently this image above was taken in the VIP area of LEGO’s booth at the Nuremberg Toy Fair and (allegedly) posted to this Slovenian forum. But are they the real deal?

From the picture, it looks like six sets will kick off the LOTR system. In the foreground, Sam and Frodo battle Shelob the spider, just behind appears to be the encounter with the Nazgul at Weathertop. At the top left, the cave troll in the mines of Moria. Below that are two smaller, indistinct sets that seem to feature horses — possibly Gandalf’s cart and a scene at Edoras.

The center piece of the sets is a surprisingly large model of Helm’s Deep, complete with tower and mountainous backdrop.

If the provenance of these images is true, than it’s very likely thataq we’re looking at the soon to be released sets. However, it’s entirely possible that these are hypothetical models created by LEGO to explore possibilities. Sort of like concept cars at car shows. The Weathertop and Helm’s Deep sets in particular seem extremely complex for regular sets.

As always, we’ll just have to wait and see what LEGO announces. Though if this even indicates the direction that the company is heading, it should be pretty exciting. 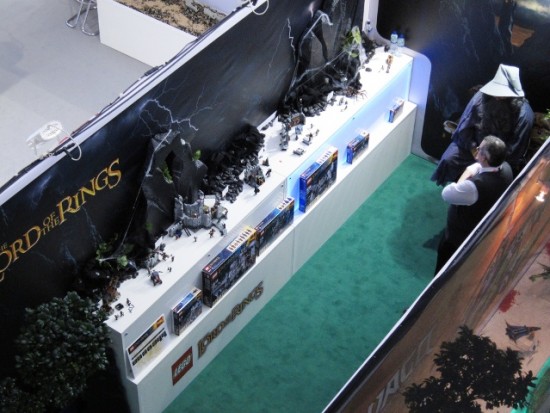