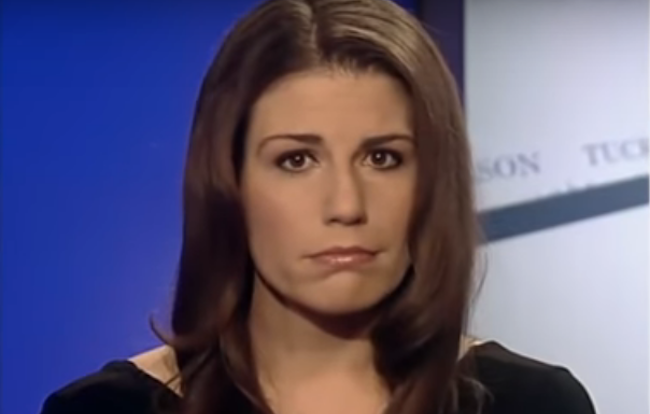 Writer Lauren Duca came into the mega-public eye late last year when she penned the fantastic, viral op-ed “Donald Trump Is Gaslighting America.” At Teen Vogue, she was taking on Trump and his constant lies in a way few, if any, other major media outlets were. Then, last month, she called Fox News’ Tucker Carlson a “partisan hack” to his face during an on-air interview, and suddenly everyone seemed to know her.

And while most of us were thrilled to have Duca gain such widespread attention for her scathing wit and intelligence, she also—of course, always of course—caught the eye and ire of a whole army of internet trolls. Most notably, awful “pharma bro” Martin Shkreli was suspended from Twitter for creating alarmingly stalkerish photoshops, including one where he put his own face over that of Duca’s husband’s in a picture of the two cuddling together.

But the harassment didn’t just come from one high-profile troll. It came from everywhere. As Duca puts it, her “various inboxes resemble a Hieronymus Bosch painting Photoshopped full of Pepes.” She talks of the harassment as a “theft of my time and energy,” and while we’d all like to imagine this kind of hate rolling of our backs, Duca isn’t ashamed to admit that yeah, it hurts. But she declares to us and to her haters, she’s absolutely not going anywhere.

The obvious solution to this problem of online harassment is to stop going online. But as Duca describes, writers use Twitter for professional connections and exposure. “Telling women writers to ‘just not do that’ is like suggesting a New York cab driver relocate to a state where everyone has cars and no one needs cabs.” And even if there weren’t a professional element involved, why should the trolls be in charge of the social and highly political scene that is social media.

The internet has radically shifted our communication forums, and in many ways the public square has shifted to take place online. Obviously, right? Duh? OK, so what does it mean if women are being ejected from those spaces by sheer force of will? What does it mean if participation comes at a measurable cost of capitalistic forces like time and energy?

So no, Duca isn’t going anywhere. Hopefully Twitter will, someday, get its act together in how it handles harassment. Until then, though, it takes an incredible strength to weather this kind of unrelenting emotional storm. It takes, as Duca describes herself, a real “warrior goddess.”