Later, Dudes: Korean Overwatch Pros Quit in Shame After Teenager Proves Her Skill to Them 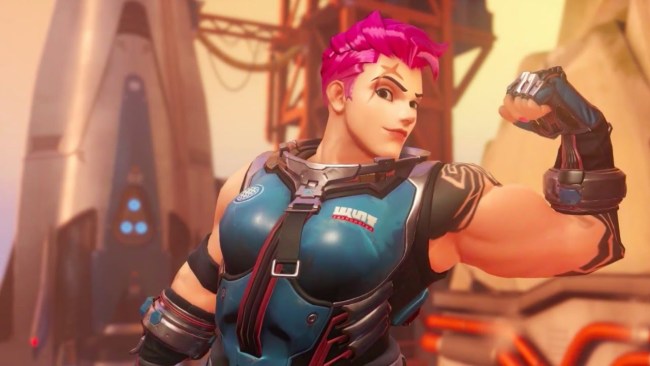 The Korean professional Overwatch scene is now down two players after their accusations against a teenage female player were refuted by both Blizzard Korea and the player herself. 17-year-old new Korean pro “Gegury” recently appeared on live television in Korea to refute cheating accusations from two popular Overwatch pros, ELTA and Strobe from Dizziness. Their accusations date back to the Overwatch Nexus Cup competition wherein Gegury’s team, Artisan, came out of nowhere to upset nearly all of the already-established Korean powerhouse teams.

Gegury’s performance as Zarya during a key match and her rank as the 8th best Zarya player in the world were enough to inspire suspicion in the opposing team, so much so that they demanded an official investigation into her play. Blizzard Korea carried out their investigation, and it came up clean; Gegury wasn’t cheating. To seal the deal, Gegury even appeared on live television to play with a live camera focused on her and her screen to show that she wasn’t cheating. As you can see below, she wears a mask to conceal her identity; she is, after all, still a teenager. After playing for about an hour and thoroughly wrecking more than a few teams online (with the support of a few of her teammates), she effectively demonstrated that she didn’t download her skill; it’s all natural.

The two players who were so convinced of her cheating that they placed their careers on the line, were ultimately forced to quit playing Overwatch professionally. They left in shame, and are no longer part of team Dizziness.

The entire live television event left Gegury in tears, as she said she’s had to face numerous false accusations and awfulness as a result of this investigation. But in spite of that, she has said that she’s received a lot of support from her friend, another well-known female professional gamer in Korea. Akaros, which is her online moniker, actually played with Gegury in the online stream above as Genji. You can tell how skilled she is as well by taking a look at the few Plays of the Game that she takes home.

You go, Gegury. Slay them haters.