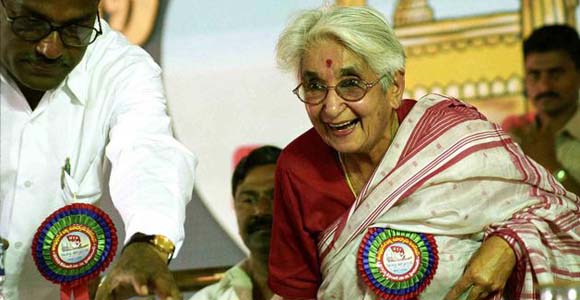 Lakshmi Sahgal fought in an all-female regiment in World War II, praticed medicine, and was even nominated in the presidential elections in her native India. This life-long activist passed away today at the age of 97.

Sahgal was born in 1914 to a lawyer and social worker/independence activist, so it’s no wonder she turned out as she did. She went to school for medicine and graduated with a diploma for obstetrics and gynecology. A few years later, she started a clinic for the poor in Singapore.

“In 1942, during World War II, after surrender of Singapore by the British to the Japanese, Captain Lakshmi treated wounded prisoners of war,” writes AFP. “When Netaji Subhas Chandra Bose arrived in Singapore on July 2, 1943, she joined the [Indian National Army] and was made head of Rani Jhansi regiment, a one of its kind women army unit. She was also made minister women affairs in the Azad Hind government formed by Netaji in exile after declaring war against British.”

By the end of the year, Sahgal’s regiment, named after the 18th century Hindu warrior queen Lakshmi Bai, had over 300 cadets. “Sehgal and Bose were also instrumental in waging an armed opposition to the British, which was the first systematic opposition to colonial rule after the (anti-British) revolt of 1857 in India,” historian R. Gopinath told AFP. 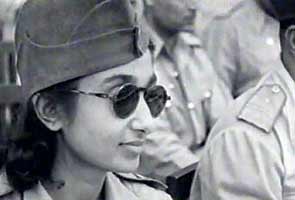 “Lakshmi was taken prisoner in Burma after INA’s defeat. After independence, Captain Lakshmi married Colonel Prem Kumar Sahgal, who also served in INA, in 1947. The couple settled in Kanpur. Captain Lakshmi continued with her medical practice and aided the refugees who were arriving in large numbers following the partition of India,” writes the Times of India.

She was awarded Padma Vibhushan, the second highest civilian award in the Republic of India, and ran for president after being nominated by other leaders in 2002.

Although she played a large role in social movements, Sahgal’s daughter Subhashini Ali said her first love was medicine. “Just weeks before falling ill, she used to regularly sit in her clinic to see patients, ” she said, adding that her mother would treat everyone who came in, whether they had money to pay or not.

“Even after death, as per her will, her eyes and body were donated to medical college,” writes the Times of India. “The eyes will give vision to visually challenged and the body will be used for medical studies.”

Sahgal passed away after being admitted to the hospital for cardiac arrest a few days ago.

(via AFP, Times of India)