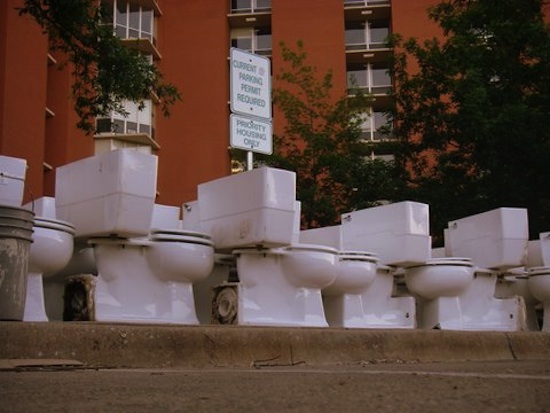 Researchers at the University of Guelph believe they’ve given doctors a new weapon in the fight against the pernicious stomach disease Clostridium difficile, which is a problem for patients in hospitals the world over. That weapon? Synthetic human feces. Dubbed RePOOPulate by the researchers who created it — and thanks for that, because if you’re going to name your synthetic poop substitute, by all means, be a little clever about it — the synthetic poop is a mixture of probiotics that can be transplanted into a patient’s intestine to return it to a more balanced bacterial makeup.

Fecal transplants have been proven effective in treating C. difficile cases, but the treatments have had some trouble gaining traction as an acceptable practice among doctors and patients, and we’ll bet you can guess why. If you said “It’s because they are putting someone else’s poop inside of you!” give yourself a gold star for common sense.To overcome what they describe — generously — as the ‘ick factor’ involved in fecal transplants and ensure that transplant recipients weren’t at risk for picking up diseases from donors, the Guelph team put together their own brand of home-brewed super-poop.

The team isolated healthy 33 different types of bacteria from a healthy human gut, and ran them through lead researcher Emma Allen-Vercoe‘s “robo-gut,” a piece of lab equipment that mimics the process of human digestion. The result was a synthetically crafted, probiotic rich formula that researchers hope will help them treat stubborn stomach ailments like recurring C. difficile, which can indicate that a patient’s gut biome — the mixture of bacteria in the stomach and intestine — is badly out of whack. A transplant of healthy fecal matter (once again, all together now — “Ewwwwww!”) can reset that mixture and return it to it’s proper levels.

You won’t get much healthier than Allen-Vercoe’s synthetic fecal matter, which is probiotic rich, can be fine-tuned to include more or less of a variety of healthy bacterial strains, and, most importantly, didn’t come out of someone else. It also seems like a promising treatment, as the first two patients treated with the artificial poop had their C.difficile infections — which had proven resistant to multiple rounds of antibiotics — vanish within days and stay gone six months later. That’s a small sample, to be sure, but it indicates that Allen-Vercoe’s team may be on to something.

Even if it doesn’t catch on as a life-saving measure to treat a disease that sickens millions worldwide annually, we see big things for RePOOPulate as the next must have accessory in every mean kid in junior high’s backpack. Either way, the study is available  for your perusal in the first issue of new open-source journal Microbiome here.

(via University of Guelph)