More Than a Monster in a Mask, Kylo Ren Struggles to Cope With Childhood Abuse in Star Wars: The Last Jedi 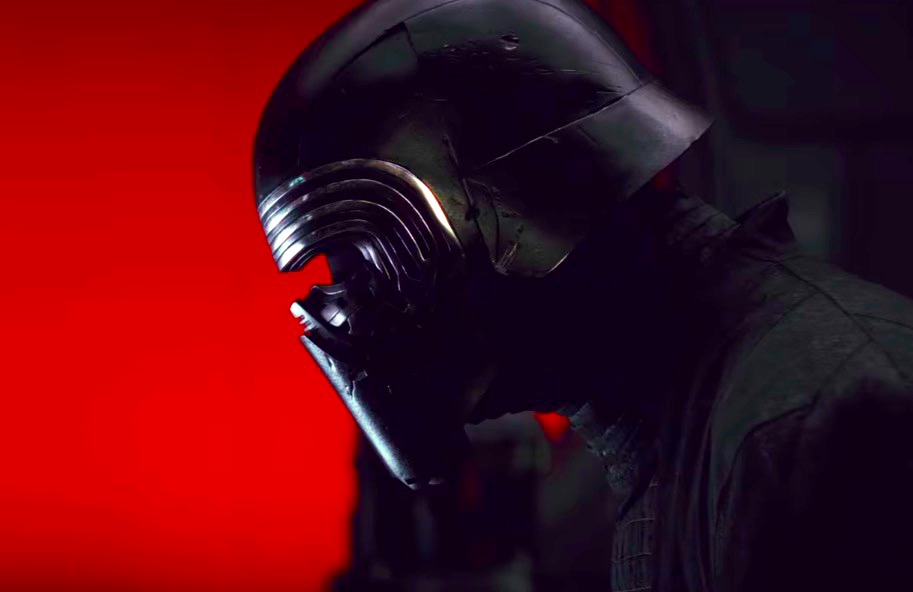 About halfway through Star Wars: The Last Jedi, a character remarks, “Good guys, bad guys … made up words.” The franchise’s characters are historically known to see everything in black or white, much to their detriment. It’s no coincidence someone would make this observation in a film that puts in so much effort to show that it’s unclear who the bad guy truly is in the current Star Wars universe.

The Last Jedi is very much Kylo Ren’s story. The tormented villain is one of the best new characters, largely because of Adam Driver’s award-worthy portrayal. Kylo Ren is not simply a monster in a mask. He’s done terrible things, but he’s still a victim. He can’t stop because he has no healthy coping mechanisms, following the trauma he suffered as a child. The sequel to 2015’s Star Wars: The Force Awakens divulges the precise moment the Jedi formerly known as Ben Solo turned to the Dark Side. The game-changing scene shows it’s not Kylo who is the the saga’s villain, but those who failed him as a child.

Luke was horrified at the raw strength he felt in Ben, and evil Supreme Leader Snoke’s perceived influence. Remembering his own father’s catastrophic embrace of the Dark Side, Luke, however briefly, considered killing his Padawan. He drew his lightsaber in order to strike Ben dead as he slept, as a preventive measure. But, Ben woke up, and that’s what instigated Kylo’s attack on Luke and the Jedi.

In The Force Awakens, Kylo repeatedly mentions being let down by his parents (in addition to hunting his Uncle Luke!). Everything Kylo says is dismissed, and everyone blames big, bad Snoke for turning him to the Dark side, because it’s easy. However, Kylo’s anger is valid. Kylo felt abandoned and betrayed by the parents who gave him to an uncle to raise, an uncle who tried to murder him. Luke went into seclusion, never revealing the details from that night. So people filled in the blanks, and it’s Luke who is the sympathetic figure, betrayed by his nephew. But from Ben’s point of view, his own family was a threat to him, and he had no choice but to turn to Snoke and commit to his cause.

Kylo’s feelings are justified, and akin to a child of abuse. Children who suffer abuse often grow up to have Post Traumatic Stress Disorder as adults. This can manifest in symptoms such as depression, anxiety, loss of interest in activities, extreme emotional reactions, irritability, anger, violence, and inability to cope with stressful situations. All of these, Kylo arguably has demonstrated. The Star Wars universe even recognizes many of the signs, and plays them for laughs. For instance, whenever something doesn’t go according to plan, Kylo lashes out in anger by using his lightsaber to destroy a room, or he Force-chokes someone because he lacks healthy coping mechanisms.

Victims may also find themselves in abusive relationships, which perpetuate the past trauma. This can be seen in Kylo’s relationship with Snoke, who doesn’t actually care about him, and who often uses harsh words and the Force to belittle Kylo. Kylo does not have the self-esteem to challenge him. He only retaliates when Snoke harms Rey, killing him.

A special Force bond connects Rey and Kylo in the latest installment. It allows them to converse, free of the burden of worrying about a physical attack. The similarities between both characters become more pronounced. Rey angrily confronts Luke for “creating” Kylo Ren, when she discovers the truth. This information convinces her, more than ever, that Kylo is still conflicted between the Light and Dark.

Rey and Kylo relate to one another about their childhoods, which included parental abandonment and neglect, and abuse, as well as their Force abilities. But this mutual understanding has its limits, and they can’t comprehend why the other wouldn’t come over to “their side.” The way they each manifest their pain sets them apart. Rey is optimistic and doesn’t want to see innocents get hurt, and Kylo is full of rage and believes in destruction.

Kylo and Rey team up in battle to fight Snoke’s guards, after his assassination. They work in tandem and frequently show concern for one another during the battle. Afterwards, Kylo asks Rey to be his partner. Kylo tells her, “It’s time to let old things die. Snoke. Skywalker. The Sith. The Jedi. The rebels. Let it all die. Rey, I want you to join me. We could rule together to bring a new order to the galaxy.” This explains why killing Luke and destroying the Jedi would be so important to Kylo, as it’s how he thinks he can move on, and also why he renounced the name Ben Solo, and killed Han.

Rey regretfully makes the only decision she can—she fights him rather than join. Trust issues are also an after-effect of domestic abuse. Kylo feels alone, but he wants a connection. That’s why he constantly reaches out to Rey to become his ally, despite multiple chances to kill her. Kylo let himself trust Rey, and for him, her choosing the Resistance is yet another betrayal and abandonment.

Shortly after this loss, Kylo sees Luke again for the first time in years. Luke is a literal trigger for Kylo. Luke takes advantage of this, knowing Kylo would be so overcome that he’d make poor decisions, and not realize Luke was only Force-projecting his doppelganger. When they finally speak to each other, Kylo mocks that Luke came to apologize. He couldn’t let himself believe Luke would show up from genuine caring, and it’s easy to see why he’s ultimately not convinced otherwise. Luke does say the words, “I’m sorry,” but they’re undercut by the flippant tone of his words and actions, as well as a lack of acknowledgement of his complicity in causing the ongoing war—also that he didn’t even bother to show up in person!

Moreover, the ruse was only ever a distraction so the remaining members of the Resistance could escape undetected. It’s a deliberate insult, and it forever prevents Kylo from getting any closure from Luke, either as a sincere apology or in the form of revenge. Luke preferred to have a fake lightsaber battle and disappear into the Force rather than simply have a heartfelt conversation with his nephew. And just like the night Ben was attacked, the prevailing narrative will hail the legendary Luke Skywalker and dismiss his wayward nephew.

At the end of the film, Kylo is now Supreme Leader of the First Order, but he’s in the worst state he’s ever been in mentally. He’s lost his goal of gaining closure from Luke, lost standing with his troops, and from his perspective, been betrayed by everyone he’s ever trusted. Rey is now the last Jedi, and Kylo will feel compelled to destroy her, so he can forget his past.

How many countless lives has the Skywalker family drama cost? Since the First Order has a superior military force, it would be a smart tactic for the Resistance to try to negotiate peace. With Snoke gone, there’s never been a better opportunity. Kylo was betrayed and abused by his family, who then basically gaslighted him about being upset. How much of the bloodshed could have been prevented with a sincere apology and acknowledgement of Kylo’s ordeal? Instead, they allowed for him to be turned into Snoke’s weapon.

However, his plan of eradicating the past through murder will not heal him. The war could end if Leia makes peace with her son. His conflict and love for her is evident in his inability to pull the trigger on her during a battle near the beginning of the movie. While he still harbors a sense of betrayal from his mother and Rey, the only way this war can finally end, is if they are able to reach the traumatized Ben Solo that lingers inside of Kylo Ren.