Get Ready For Your Meet Cute, Sarah Connor, Kyle Reese Has Been Cast For The Terminator Reboot 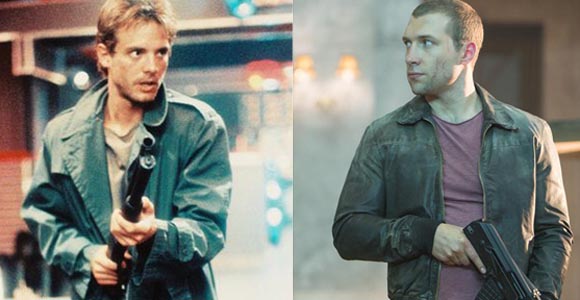 The search has been on for a while but it seems Paramount and Skydance have settled on A Good Day to Die Hard/Jack Reacher actor Courtney for one of the leading roles in the film. And I say “one of the leading roles” because while Sarah Connor has been the centerpiece in the past, other incarnations have focuses on Kyle Reese and John Connor instead. And we already know actor Jason Clarke is playing an older John in Terminator: Genesis, so which direction they’re going with is anyone’s guess.

Adult Kyle Reese has been played by several actors since Michael Biehn made the role famous in The Terminator. Anton Yelchin picked it up in Terminator Salvation while Jonathan Jackson played Kyle in the TV series, Terminator: The Sarah Connor Chronicles.

Presumably, the film will include Courtney and Game of Thrones star Clarke meeting for the first time, much like in the first film, and fathering John. Though I have speculated in the past they could shake things up considering the Terminator TV show also in the works. They’ve previously said, “The TV series will follow a critical moment from the first Terminator film (1984) and, where the film’s story goes one way, the upcoming series will take the same moment in a completely different direction.”

What are your thoughts in the Kyle Reese casting?