The Problem With Kurt Metzger, Rape Culture, and His Rape Apologist Comments 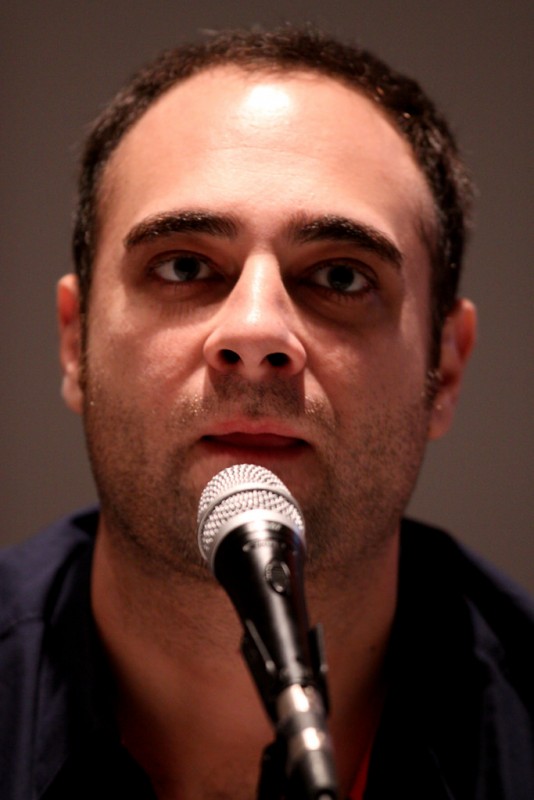 Earlier this week, comedian and former Inside Amy Schumer writer Kurt Metzger posted some especially heinous thoughts regarding the banning of comedian Aaron Glaser from the Upright Citizen’s Brigade comedy group. In short, Glaser was accused of sexual assault in a private Upright Citizen’s Brigade Facebook group, and Metzger took issue with the ban instituted by the UCB and the accuser’s actions, writing:

Don’t f—ing complain about the police not helping if you didn’t bother going to the police at all. ‘Why aren’t the rape kits being tested??’ Because instead of actually educating women with useful information on what to do if they are being victimized, you blather nonsense about ‘culture’ and then tell them being weak is being strong.

The story spirals out from there as Metzger continued to double down on his frustration, sounding more and more like a rape apologist. In his latest post, he wrote:

Hey he’s guilty let’s start with that! What happens when the next guy isn’t? Is that just worth it to get rapist? So sometimes we gotta break a few eggs is that the argument? I know it is. And you think I’m supposed to not have a massive fucking problem with this? You disgust me. And what you want to establish is WORSE than actual rape. Please quote that last line angrily to other imbeciles. Because I so mean it.

Aside from the ridiculousness of the “slippery slope” argument he’s establishing here, the juxtaposition of being accused of rape versus the act of actual rape (his words) is downright sickening. We’re supposed to be imbeciles for believing that? Oh sure, okay, pal.

Since this story first broke earlier this week, Amy Schumer, who has worked with Metzger on Inside Amy Schumer in the past, tweeted in response to the controversy.

I am so saddened and disappointed in Kurt Metzger. He is my friend and a great writer and I couldn’t be more against his recent actions.

Her involvement in this matter mostly stems from her silence preceding those two tweets from yesterday. The internet looped her into the conversation, trying to make her aware of Metzger’s words and actions. Both her and Metzger maintain that Metzger’s actions and words belong to Metzger alone. She’s since distanced herself from Metzger professionally.

Kurt does not work for me. He is not a writer on my show. Please stop asking me about it. His words are not mine.

Metzger has, however, written for Schumer in the past. He currently holds a writing credit on 39 episodes of Inside Amy Schumer between 2013 and 2016, according to IMDb. Whether or not her tweet is indication that he’s been let go or won’t have his contract renewed with the show remains unclear.

As well, Amy Schumer has denied recent rumors that she’s ending her comedy show, Inside Amy Schumer because of the backlash. These rumors came as a direct result of her reaction to Metzger, who had worked on the show in the past..

#InsideAmySchumer is not cancelled. @ComedyCentral has provided us with a wonderful home and we couldn’t be happier there. I am just touring

What is clear, though, is that Metzger really somehow just does not get what’s wrong with his comments. For starters, his comments perpetuate the “perfect victim” myth that seems to have once again reared its ugly head in recent months. The idea that a woman has to perform a series of actions (prescribed by a dude, at that) lest she be seen as untrustworthy, unreliable, and thus, lying, is an unreasonable expectation to place on someone who may have just experienced a traumatic event.

“Why didn’t she go to the cops? Where’s the proof?” is a tired question that denotes a significant amount of privilege on the part of the asker. Not every woman can go to the cops, especially when the law has, time and again, proven itself to be unfriendly to women who accuse men of sexual assault—victim blaming abounds in situations like these. This is not to mention the possible mental state of the person after the fact. As Carolyn wrote in her coverage of Kesha with regards to the “perfect victim” myth, “Asking why a survivor didn’t film their abuse isn’t just victim blaming; it denies the physical and mental trauma that’s concomitant with these kinds of crimes.”

Many women have already tried to break down Metzger’s comments to demonstrate how and why he’s incorrect in his understanding of how rape is handled within today’s systems, institutions, and culture. As Nikki Black wrote in a Medium post following Metzger’s first Facebook comment, “Metzger thinks women who are speaking out against rape are the system. We are not the system. We have been forced to work outside the system because the system has failed us.”

Metzger assuming he knows exactly what every single woman goes through after they’ve been raped is what’s wrong with all of this. Him shaming women for not following what he thinks is the proper course of action is a perpetuation of rape culture. If such backlash, anger, and vitriol are all that a survivor has to look forward to after reporting a rape, then why bother? Metzger claims to be on the side of trauma survivors, trying to encourage them to report such heinous crimes to the police. Why, then, has he shamed a woman for having done so? Why, then, is he so angry at the organization who banned the accused?

It’s hard enough for someone to talk about having been raped. The last thing anybody needs to do is make that process even harder.

(via Variety, image via Flickr/Gage Skidmore)