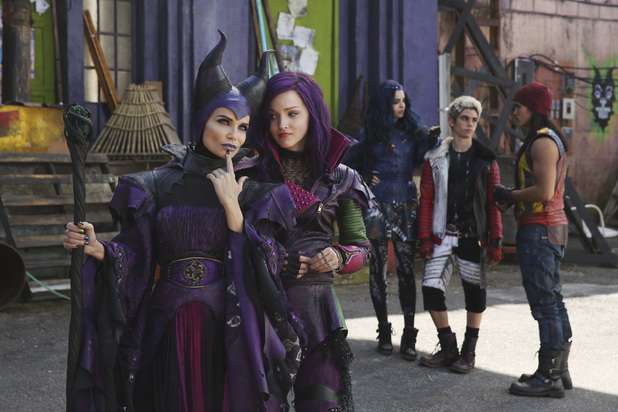 Sakes alive. Descendants looks like it’s going to be a hot mess in the best possible way. That’s Dove Cameron as Maleficent’s daughter Mal (really) next to KChen, while the children of (l-r) Snow White’s Evil Queen, Cruella de Vil, and Jafar hang out in the background looking like a cross between ’90s mall children and the Lost Boys from Hook. They’re 2 bad 4 u!