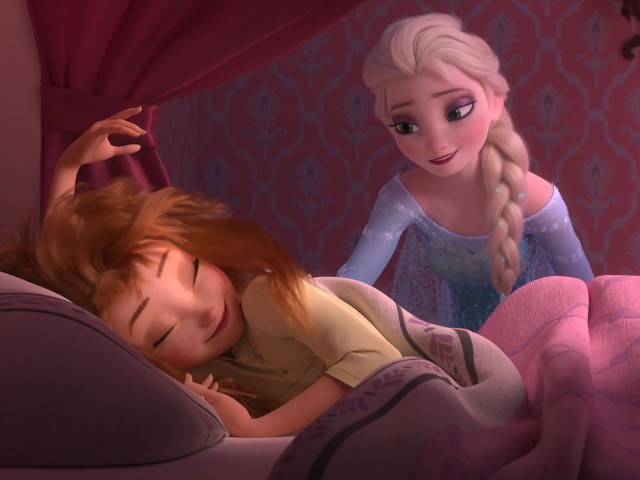 We’re all excited by the possibilities for Frozen 2, which will continue the story of two of our favorite Disney heroines, Anna and Elsa. Well, the film is starting production later this month! However, even when films aren’t in production, Kristen Bell always has Frozen around her in one way or another.

In an interview about her upcoming film The Boss, which stars Melissa McCarthy, Bell also talked about Frozen 2 and where they are in terms of production. Check out the video:

On when she starts recording:

Not yet. We’re just about to. They’ve just written it and they’re still doing tweaks, but I think we should be recording this month. The story is great, and they exude quality. What I know about that whole team is that they wouldn’t just put something out to put it out. That’s why it took them so long to even announce that we were doing a second one. Generally when you have a first successful movie you want to make a second one. It took them a while because they wanted to figure out what story they needed to tell and what would be important and engaging and I think they found it.

On the fact that, while she hasn’t started recording any songs yet, that doesn’t mean she isn’t recording new Frozen music:

We record all the time for different parks or different parks that open overseas, we’ll do a mashup for the rides. So we actually get to go in — Josh [Gad] and Idina [Menzel], Jonathan [Groff] and I — all the time and record new bits of the music. When Epcot center opens we’ll record a bunch of new music. So we have little bits of Frozen in our life at all times, but I’m excited to get started on the new movie.

We’re gonna have to wait a while for more new Frozen on screen, but that doesn’t mean we have to go without it entirely. Remember, there’s a Frozen musical coming to Braodway in 2018! Meanwhile, you can see Kristen Bell in The Boss when it comes out April 8th. Female-led projects FTW!