Soon, You Can Get The Legend of Korra On DVD and Blu-Ray

The Legend of Korra series will be released in full on DVD and Blu-Ray as of October 6th, which is great news for people like me who watched most of this excellent Avatar follow-up but fell off the wagon. (You can stream some of the old episodes legally, by the way, but not all of them. I did the right thing, and I didn’t pirate it, and now my patience will be rewarded at last!)

Here’s the bad-ass cover art for the DVD set, via co-creator Bryan Konietzko: 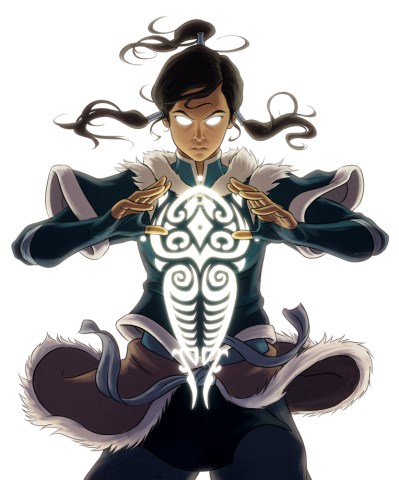 Nice! The final set will include all 61 episodes on 16 discs, so get ready to make some shelf space.