"Own The Day" With These Klingon Pop Songs! | The Mary Sue

“Own The Day” With These Klingon Pop Songs!

Perhaps today is a good day to.... sing! 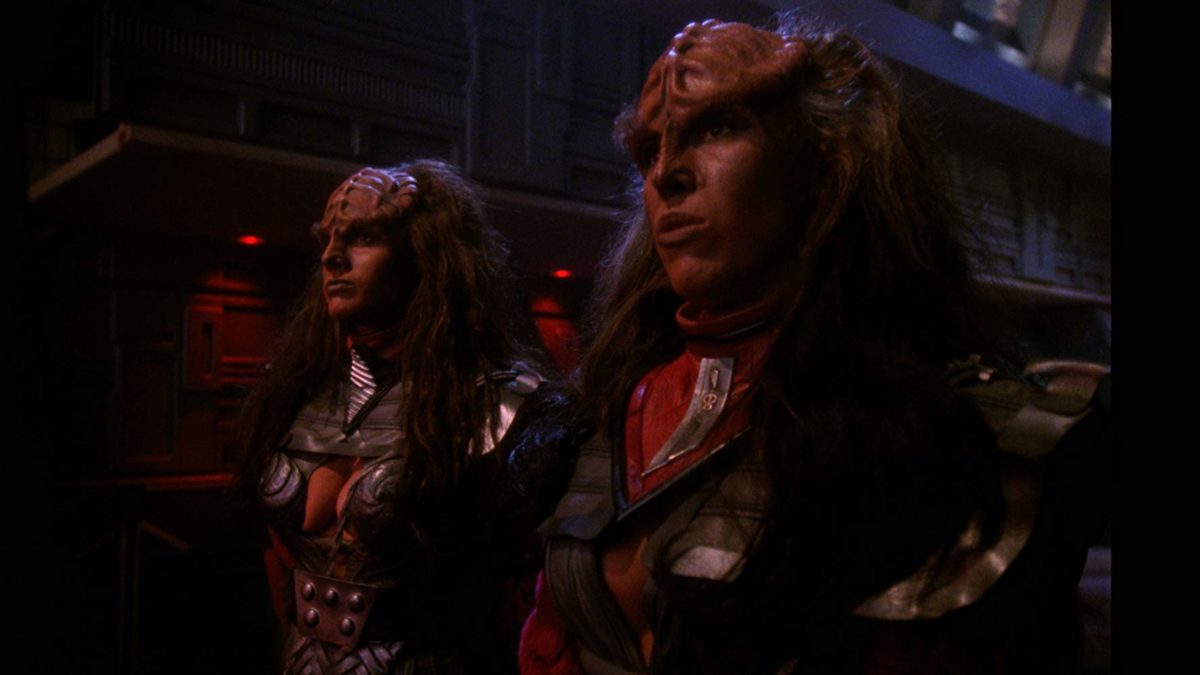 As someone who is constantly on a journey of growth and self improvement, I am always on the lookout for women who are living their very best lives. So when news spread of a woman singing “Let It Go” (from Frozen) entirely in Klingon, I thought “yes! I have found one!” The “Klingon Pop Warrior” Commander jenbom sutai-toQqul (Jen Usellis) has an impressive catalogue of songs – everything from Lady Gaga’s “Bad Romance” to Journey’s “Don’t Stop Believing,” and powerful, multi-octave voice.

She can be seen performing at various Star Trek cruises with her “red shirt” guitarist Joe Mizzi, and is a frequent guest on nerdy podcasts. Her Klingon Translation of “Let It Go” was even recently added to the Disney archives as the official 47th translation of the song.

I admire the bravery, fortitude, talent, and humor of this singing warrior (not to mention incredibly jealous of her vocal skills), so I’ve gathered my favorite covers from her extensive oeuvre for us to enjoy and as the Klingons would say, “jaj vlghaj!” Let us own the day!

Obviously, I had to start with her current biggest hit. Now, it must be said that Klingons are not known for enjoying the cold or for letting anything go – but I appreciate the irony at work here and that it will finally get a new version of this earworm into my brain.

“Somewhere Over the Rainbow” (The Wizard of Oz)

What young Klingon doesn’t dream of flying off into the stars (or over the rainbow) to pursue adventure, battles, and glorious victory? This makes the iconic film standard a natural choice for a Klingon cover.

“My Heart Will Go On” (Celine Dion)

And rounding out this trio of film soundtrack classics, the unforgettable centerpiece of Titanic – “My Heart Will Go On” by Celine Dion. After all, no one loves as passionately, or as aggressively, as a Klingon.

Moving away from the Oscar bait and into good old rock and roll, Klingon Pop Warrior captures the true essence of a good Klingon woman with her cover of “Mother.” It feels fitting considering Danzig looks pretty close to a Klingon himself these days.

Love is a Battlefield (Pat Benatar)

And finally, what song could be more perfect for a Klingon (and their violent mating practices) than Pat Benatar’s “Love is a Battlefield.” Quick someone put this over the scene of Worf and K’Ehleyr meeting for the first time!

KlingonsPop MusicStar Trek: The Next Generation