Man Discovers How to Manage His Dyslexia by Studying Klingon 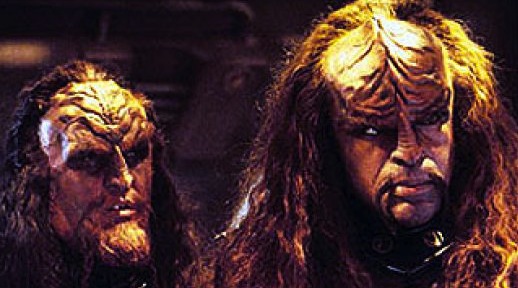 A British linguistics geek who was producing Klingon-language CDs for the Klingon Language Institute experienced an unexpected side effect from his exposure to the fictional language: he found a way to cope with his dyslexia. Jonathan Brown of Furzton discovered that learning the syntax of Klingon helped him use a different part of his brain to understand the language. This is a proud day for Trekkies indeed!

Brown, a 50-year old member of the Klingon Language Institute, says that he started looking into Klingon when he found out that someone had actually made a dictionary for it and had to see what all the fuss was about. Because someone is clearly a serious nerd for alien languages. Not that this is a bad thing. It’s a wonderful thing. Brown became so involved with the language, which was created by Marc Okrand for use in the Star Trek films, and says that the language was “straightforward” and “fun” to learn. He studied it for 12 years.

But his deeper involvement, which led to his being involved in creating CD recordings and translating Klingon for EuroTalk, is what helped him realize that the skills he was acquiring were helping him with his dyslexia symptoms. Brown, who says he also suffers from “name blindness,” was actually exercising different parts of his brain while learning Klingon, and this helped him learn new methods of learning and remembering words.

“With the Klingon language games used on the CD, I tended to put words into a different place and it went into my long term memory.”

See? Being a geek can actually help your brain.