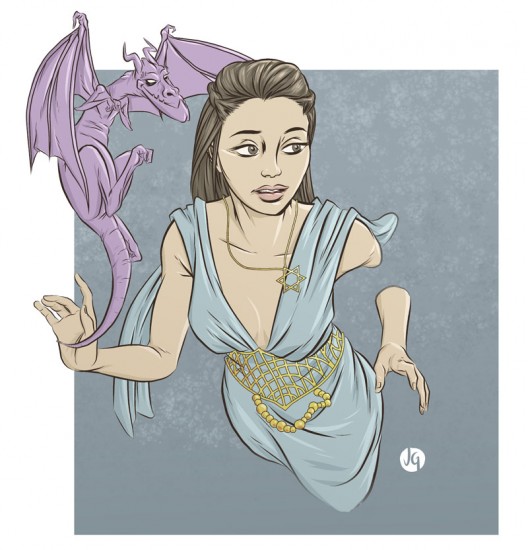 The theme for CBR’s latest “The Line it is Drawn” was comic characters and Game of Thrones. The Kitty Pryde/Daenerys comparison was inevitable. Thanks to artist Josh Gowdy for making it happen.