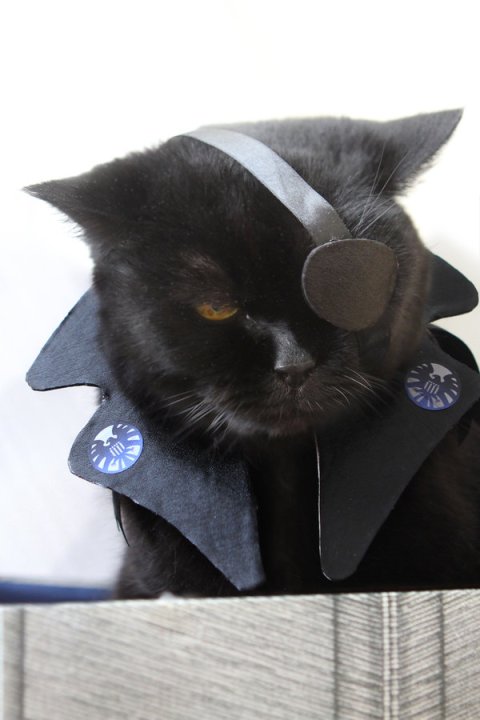 Otherwise known as Nick Furry or Nick Purry, if you prefer. This savvy S.H.I.E.L.D. agent is dedicated to eradicating any and all rodent invasions of Earth. Director Purry would also like to speak with you about the Avengeprrrs Initiative. (Hint: You’re a shoe-in if you keep some catnip in your pocket.)