You Too Can Buy KISS-Themed Hello Kitty Toilet Paper 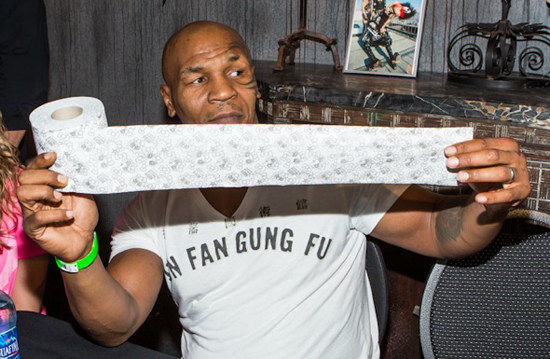 It’s hard to imagine the pitch to get the band KISS to endorse toilet paper. Or maybe it was just “this will make you money, probably” and that was enough. Sanrio, the company behind Hello Kitty merchandise, is willing to brand just about anything and it looks like they’ve met their match. KISS-themed Hello Kitty designs can now be found on the stuff people flush after use.

We scoured around to make sure this was actually a thing, and it certainly seems to be. KISS and Sanrio announced a merchandising partnership last November and released a few odds and ends, like plush toys, but apparently that wasn’t enough. The one thing about the toilet paper market is that folks are always going to buy more of it. It’s like the book says.

One can only hope that this lovingly branded monstrosity ends up on places like Amazon where enterprising users can leave product reviews like “this product stinks” and “A+++ will buy again.” If absolutely nothing else, comedic value alone should ensure its continued existence.

Even Mike Tyson looks vaguely interested! And that’s saying something. What, exactly, remains undetermined. The man’s face is hard to read.