Why hasn't anyone built a robot to keep bloggers company? 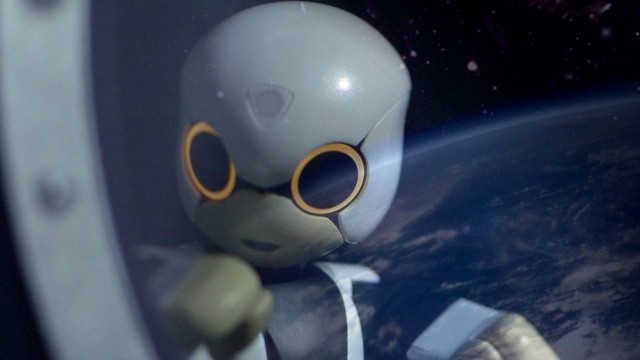 We’ve covered the story of Kirobo, the 13-inch talking robot designed to keep Japanese astronaut Kochi Wakata company on the International Space Station in the past, and we’re happy to report the little tike is on its way to the ISS after being launched on an H-2B rocket from Japan. I hope it gets along with Robonaut.

Kirobo is the first talking robot to be sent into space, and it’s also arguably the most adorable. It was launched on board an unmanned spacecraft that’s scheduled to arrive at the ISS on August 9th. Besides cute little robots, the craft is also carrying drinking water, food, and other supplies to the human astronauts on the ISS.

The robot will have some time to get used to its new surroundings before it’s human partner Wakata arrives at the ISS. He’s expected to get there in November, and will take over as Commander of the space station later in the year. Kirobo is programmed to talk to Wakata and to keep a record of their conversations, making him the cutest little Captain’s Log ever.

Kirobo has an Earthbound twin, Mirata, who has to feel like it got the short end of the deal here. Mirata will stay on Earth and monitor Kirobo’s electrical systems. It sounds like they’re relying on the myth that twins can feel it when the other one gets hurt.

There are a lot of reasons to want to be an astronaut, but “adorable robot sidekick” has to be pretty high on that list.