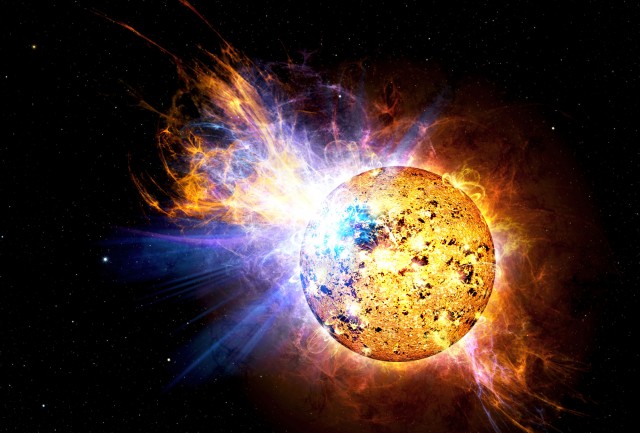 Ever tried to buy something, only to realize your wallet is sitting on your kitchen counter a billion miles away on another planet? No need to worry. PayPal has decided now is the perfect time to address that very serious problem. The online payment service is joining forces with the SETI Institute, a leader in the search for alien life in the universe, to create PayPal Galactic, a money transfer system that boldly goes where no money transfer system has gone before.

PayPal’s president David Marcus announced the initiative in a company blog post yesterday. He outlined a series of questions related to the commercialization of space and expressed his interest in making PayPal the first to address them and provide a way for people to pay from off-world. Lest we think this is premature, Marcus pointed out in his announcement that current astronauts on space stations need to pay their bills and download music and eBooks like the rest of us. Space tourists and commercial astronauts will also need a way to spend money, so PayPal might be stepping up right on time.

Though he didn’t seem to have much to do with the initiative, Aldrin was his usual awesome self, whipping out a “I’m theRealBuzz” T-shirt to advertise his Twitter, shamelessly promoting his book and a potential TV series based on it, and then soberly talking about his heartfelt desire to see a permanent human presence on Mars in his lifetime. He eventually got around to acknowledging PayPal Galactic. “Whether it’s paying a bill or even helping a family member on Earth, we’ll need access to money,” the veteran astronaut said.

It takes between four and 24 minutes or so for transmissions to get from Mars to Earth, so I wouldn’t get your hopes up about winning any eBay auctions at the last second from another planet. On the flip side, if you’re an eBay seller and you see a PayPal Galactic user making bids, don’t offer free shipping unless you want to be on the hook for paying thousands of dollars per pound to launch your old lava lamp to someone’s orbital space yacht, assuming those get made while eBay is still a thing.