If you've got $10,000 or so burning a hole in your pocket, you could be the proud owner of these Kirby designs for Roger Zelazny's Lord of Light. 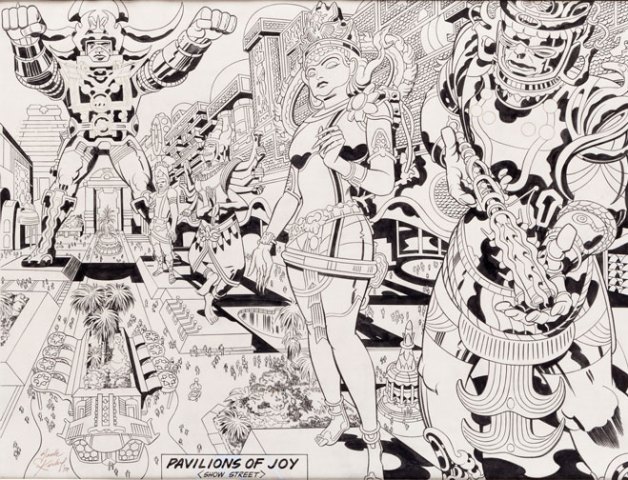 Attention well-off comic nerds and history buffs! The original Jack Kirby concept art for the fake film featured in last year’s critically acclaimed film Argo is going up for auction this week. That means you could soon be the owner of Jack Kirby drawings that helped save the lives of U.S. diplomats during the Iranian hostage crisis.

Kirby did the pen and ink drawings  — Pavilions of Joy, above, and Planetary Control Room, below — for a proposed adaptation of Roger Zelazny’s Hugo-winning novel Lord of Light that never got off the ground. It’s no shame and a fate shared by many great pieces of concept art, but it wasn’t the end of the line for these. Later, prints of the artwork were used in the operation detailed in Argo, which rescued six Americans who had been taken hostage in Iran. 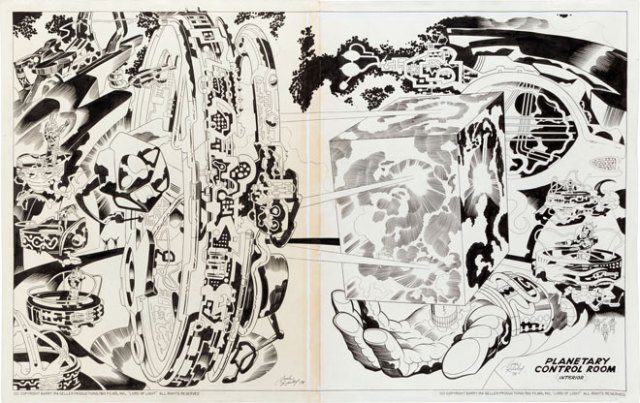 While they were designed for the film and used to stage the elaborate escape from Iran detailed in Ben Affleck’s Oscar-winning film (God, that sentence is just never going to not sound weird, is it?)the original pen and inks up for auction later this week were never actually used in the operation — that job fell to the prints makeup artist John Chambers had in his possession when the CIA approached him for help extricating American diplomats as part of a team operating under the guise of a Canadian movie production.

Representatives of Heritage Auctions told Wired that the concept designs, which are being sold from the collection of artist Jim Lee, are expected to go for upwards of $10,000 each. That’s more than twice what they were expected to sell for back when they were just original concept art from one of America’s pre-eminent comics artists, and not pieces of American history. Considering bidding is already at $2,200 and the official auction doesn’t even open until Friday afternoon in Texas, that seems pretty darned reasonable.

(via Wired, image via Heritage Auctions)