Paula Deen’s Recent Scandal to Be Memorialized in Comic Form, Because We All Needed That

Will it have some of her recipes in it? Because otherwise, why bother? 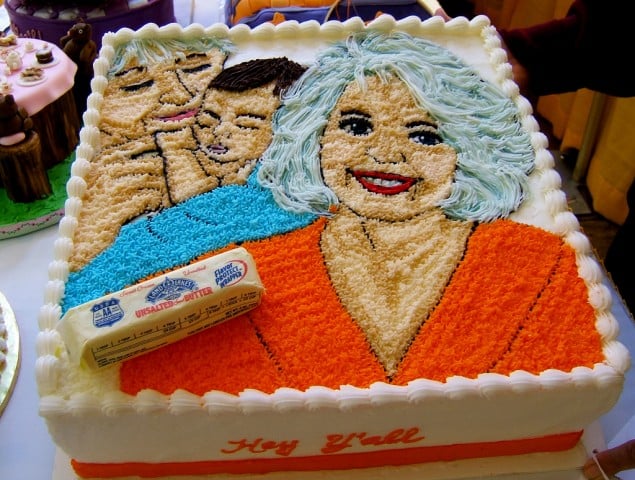 If you’ve ever heard about a celebrity biography comic being made and then needed a couple of minutes to figure out why in the world anyone would make that in the first place, there’s a pretty good chance that book was probably produced by Bluewater Productions. Since 2009, the comic company has made a name for itself with its one-shot books about famous people such as Al Franken, Justin Bieber, and even Honey Boo Boo. Now they’ve announced a new book based on the rise and fall — but mostly the rise, apparently — of ex-Food Network star Paula Deen. I can only imagine how butter-greased those pages will be.

According to Reuters, Bluewater President Darren G. Davis claims that the biocomic had been in the works for several months as a part of their ‘Female Force’ series, which celebrates iconic women in leadership and entrepreneurial roles. The fact that Deen’s public image has recently shattered into a billion pieces is only butter on the proverbial biscuit for them.

“We’re moving forward with this ‘Female Force’ series because she fits in with women like Julia Child and Barbara Walters,” David said in a statement. “We’re not going to flambé her.” We suspect that he’d probably been rehearsing that flambé line in the mirror all night before being interviewed, because it’s just too on the nose to be off-the-cuff.

Bluewater is hoping to partner with Deen on this project but has not heard back from her yet, which is understandable given her current state of affairs. Don’t worry, though, y’all — Deen would not be receiving any money from the comic. Instead, Bluewater would give the proceeds to a charity chosen by Deen. Might we suggest the NAACP Legal Defense and Educational Fund? It would be a start.

(via Reuters, image via Lisa B)