The artist thinks the whole thing is pretty hilarious. 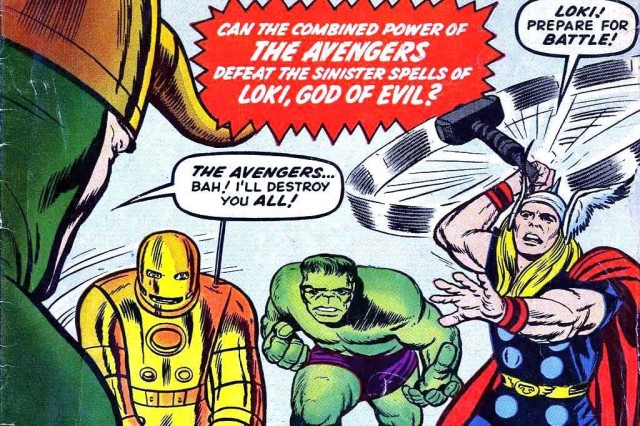 Before going away to college, I cut up a few issues of Amazing Spider-Man and plastered them on my mini-fridge. Together the issues may have been worth $5, and I got a neat looking fridge out of it. Artist Andrew Vickers did something similar. He made a papier-mâché sculpture out of some old comics. Comics like Avengers #1 and other rare titles worth about $30,000. He’s not even sorry.

Vickers made the sculpture for an exhibition at the S1 Artspace. While it was on display, local comic shop owner and expert Steve Eyre noticed that the sculpture had pages from 1963’s Avengers #1 and other valuable comics he says are worth a total of almost $30,000.

The desecration of the comics wasn’t intentional. Vickers simply didn’t realize what he had. He says he found the comics he used in a dumpster — which he called a “skip,” because England — adding:

If somebody chucks things out in the skip they don’t generally throw things out that are worth anything. To be honest I’m shocked but money has not got such a value to me. I think it is funny.

I really love the idea of me creating something out of such expensive things that’s worth less. I think it’s brilliant.

I think the fact that it was an accident is what upsets me the most. If Vickers were making some kind of statement by using valuable books it might be a little easier to swallow, but at the end of the day it was a mistake. The silver-age lining to this cloud is that now every other copy of Avengers #1 is a little more rare and valuable.

(via BBC News, image via Marvel)