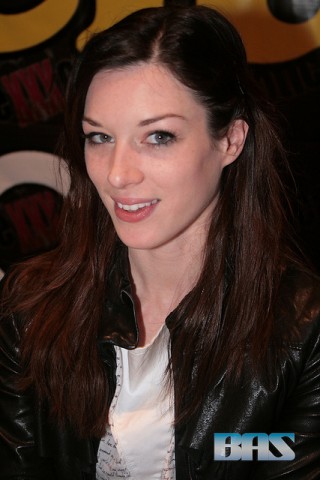 Deen’s alleged actions aren’t the only thing spurring this change in policy. As reported by Buzzfeed, Kink.com is currently dealing with four separate lawsuits, all having to do with alleged harmful working conditions faced by their performers, as well as alleged retaliatory acts by the company against whistle-blowers about these abuses. They already had a lot to work on.

So, what are these new guidelines? According to Voactive, there are now two documents that must be signed by performers: “Model Rights and Responsibilities” and “Model Expected Behavior Guidelines” which have been updated and amended in light of Kink’s recent troubles.

One, titled “Model Rights and Responsibilities,” includes several pre-existing protections, including the right to use condoms and employ the safeword “red” during shoots, but now additionally stipulates, “I understand that no one has a right to my body besides me, on-set or off. No one has the right to physical contact with me, on set or off, without my consent.” It also includes a section on reporting, which states:

‘If any of the above is violated, either explicitly or in spirit, by any staff, performer, crew or visitor, I can and should report it to the talent department. I understand that anything I tell the talent department will be kept confidential, if I request it, except in the case a criminal offense (e.g, sexual assault, theft), in which case law enforcement will need to be contacted.’

Meanwhile, “Model Expected Behavior Guidelines” specifies that “Consent is inviolable, on-set or off. On-set consent is not off-set consent,” and instructs performers not to “wander or explore the building without a Kink.com employee present.”

While all change has to start somewhere, it’s interesting that these guidelines consist mostly of ways in which potential assault victims should change their behavior so they don’t get violated, but say nothing about repercussions for those who perpetrate sexual assault. Hell, even the section on drug use has more teeth saying, “Usage of drugs during your stay will jeopardize your scheduled shoots, as well as future shoots with the company.” So, for drug use they get specific about punishment, but for assault…a watered-down, three-line lesson about the definition of consent?

The problem here isn’t just that Deen allegedly committed sexual assault. That’s horrible enough. But the other problem is that he was apparently able to do it multiple times because he was a cash cow for Kink. He did it on their property, during shoots, and nothing happened to him for years. Kink.com sat idly by and counted their money. Now that there’s a spotlight on them, they’re making a pitiful gesture with these new guidelines that are mostly directed at the people that might be assaulted. Meanwhile, who’s to say, despite them cutting their ties with Deen, that they’ll actively seek out and punish abusers in their ranks in the future? Who’s to say that they won’t let the next cash cow slide? None of their efforts so far lead me to believe that this is anything other than a show as fake as the orgasms depicted in a lot of their projects.

(via Jezebel; Image via Baldwin Sainilus/Flickr)