Could Vincent D’Onofrio’s Kingpin Be Returning In the Upcoming Hawkeye Series?

Please let this be true! 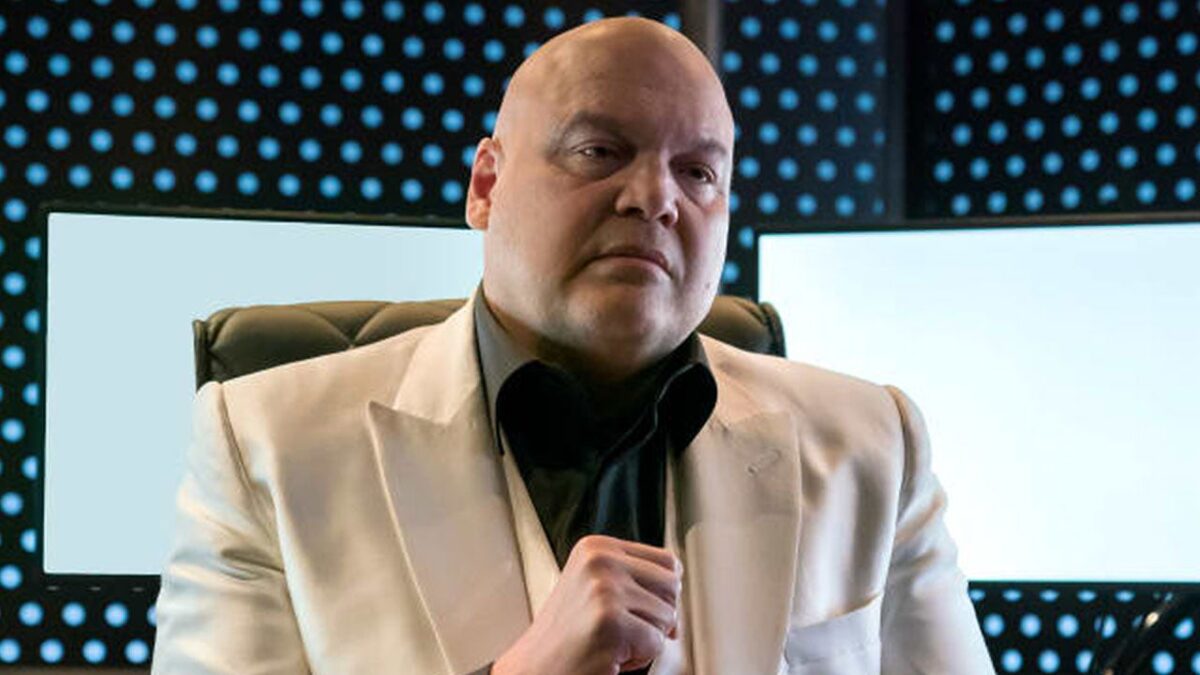 According to the Marvel Studios Spoilers subreddit, Vincent D’Onofrio may be reprising his role as Wilson Fisk, aka Kingpin, aka “holy shit get out of this man’s way” for the upcoming Hawkeye Disney+ series. The subreddit cites having information from verified sources that indicate that “Daredevil was also supposed to make his MCU re-debut in Hawkeye alongside his role in Spider-Man: No Way Home, but scheduling for Hawkeye didn’t work out. Kingpin will instead be filling that void.”

Our Rachel Leishman reported last week that Matt Murdock himself, Charlie Cox, had to cancel a convention appearance due to his filming schedule. The timing lined up perfectly with the reshoots going on with Spider-Man: No Way Home, leading to speculation of the third MCU Spidey film being what Cox was working on. If that’s the case, that lines up with this subreddit post, especially since we now know that Hawkeye is scheduled for a 2021 release (along with Ms. Marvel). It would make sense that Cox wouldn’t have had time to shoot Hawkeye AND Spider-Man: No Way Home, and honestly, getting D’Onofrio to “fill the void” is more than okay with me.

D’Onofrio seems to agree, as someone noticed him like a tweet that addressed the rumor of his return.

And by address I mean explicitly stated that he was coming back.

Later, D’Onofrio ended up unliking the tweet, but not fast enough for fans to screencap and share, adding more fuel to the fire.

update: he has now unliked the tweet and still hasn’t debunked the rumour so it’s definitely safe to say he’s back 💀

I swear celebrities accidentally saying too much while saying very little is my favorite thing on the Internet.

The source that we’ve been in communication with has also implied that Hawkeye will be airing around the same time that Spider-Man: No Way Home will be in theaters, because the two MCU projects share some connections. This lines up with previous verified information that we received that suggests an October release for Ms. Marvel, and a November release for Hawkeye.

With Fisk appearing in Hawkeye this year, we assume that he will reprise the role in Echo, along with Daredevil.

Maya Lopez (Echo) is a deaf Native American with the ability to perfectly copy another person’s movements or fighting style. Played by Alaqua Cox, she will be making her debut in the Hawkeye series, and according to Variety, there’s already a spinoff series in early development for her.

In the comics, Kingpin raises Echo as if she were his own child, respecting her father’s dying wish to take care of her. Granted, her father was killed by Kingpin, but it’s not like Echo knows that.

Three guesses on who Kingpin says killed Echo’s father. Hint: it starts with a Dare and ends with a devil.

Knowing the connection these characters have with one another, it makes sense that fans would think that Daredevil and/or Kingpin are going show up in Hawkeye since Echo will be in it. Even without the rumors and D’Onofrio’s “oops didn’t mean to like that tweet” there’s a strong chance that the Hawkeye series will explore plot threads with Daredevil.

I’m curious to see how Kingpin will be used in the MCU (along with Matt Murdock and the rest of the Daredevil crew, of course). Is he going to play a big part in Hawkeye? Is he just going to be a small cameo to set the stage for future series? Is he going to have enough perfectly pressed suit jackets to wear? Whatever the case, assuming that this rumor is true, I’m eager to see D’Onofrio return to the screen. Daredevil was such a good series and D’Onofrio’s portrayal of Kingpin continues to be one of my all-time favorites when it comes to Marvel villains.

Prayer circle for Hawkeye and Kate Bishop, though, because dealing with D’Onofrio’s Kingpin will NOT be easy.