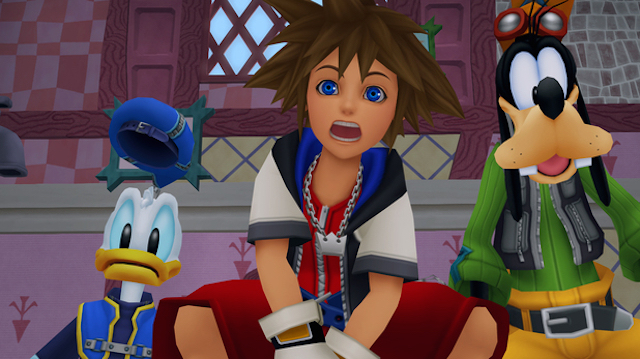 Pay no attention to the goof behind the curtain!

In a now-deleted tweet, voice actor Bill Farmer confirmed that he was done with his work on Kingdom Hearts III and that the game would launch “later this year.” Farmer voices the character Goofy and would probably know what’s going on with the game, but Square Enix quickly jumped into damage control mode.

There was a Goof! The release date for @KINGDOMHEARTS III remains unannounced.

Gawrsh. Well that sure looks like an honest mistake with nothing to hide. Ah-yuk. That is the graceful PR ninja maneuver of the non-denial denial, which companies still use despite no one believing them.

If I had to speculate—I do have to; it’s my job—I’d say that they were probably planning to blow everyone away at an upcoming 2015 event by announcing a fall/holiday 2015 release. At this year’s E3 in June, perhaps?

The release date for Kingdom Hearts Three has not been announced yet!

So… yeah. He dun goofed, and now we’re extra excited for gaming in 2015—especially if they take us up on any of our suggestions for Disney worlds to add to the new game. What do you hope to see?

Here, watch the Honest Trailer for the first Kingdom Hearts while you patiently wait for the real announcement: