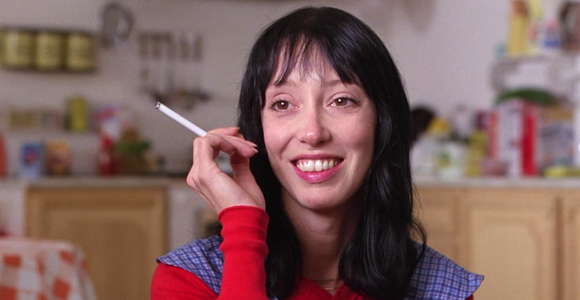 Stephen King is gearing up for the release of his sequel novel to The Shining, Doctor Sleep, and naturally doing a few interviews. It’s no secret the author never really cared for director Stanley Kubrick’s version of his classic novel but we’ve never heard this one before.

King did an interview with the BBC about the sequel book (hitting stores later this month) and the discussion eventually turned to the adaptation of the original novel’s adaptation.

“[It’s] cold, I’m not a cold guy,” he told the BBC. “I think one of the things people relate to in my books is there’s a warmth, there’s a reaching out and saying to the reader, ‘I want you to be a part of this.’ And with Kubrick’s ‘The Shining’ I felt that it was very cold, very ‘We’re looking at these people, but they’re like ants in an anthill, aren’t they doing interesting things, these little insects.’”

He then went on to dissect the two main characters in the film.

“Jack Torrence, in the movie, seems crazy from the jump. Jack Nicholson, I’d seen all his biker pictures in the 50s and 60s and I thought, ‘He’s just channeling The Wild Angels here,'” he said, “Shelley Duvall as Wendy is really one of the most misogynistic characters ever put on film, she’s basically just there to scream and be stupid and that’s not the woman that I wrote about.”

Do you agree with King’s interpretation of movie-Wendy? It’s been a while since I read The Shining, and while the book and the film are two very different animals, I don’t remember a huge difference in Wendy, and she certainly fights back in both. In the novel she’s more relevant in trying to protect Danny from his abusive father but that part of the plot isn’t touched upon as much in the film. She does scream a lot in the movie but then again, screaming isn’t necessarily something you’d continue to describe over and over in a book.