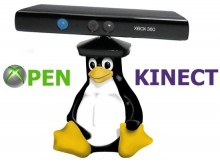 Adafruit Industries, the company that placed a $3000 bounty on an open source driver for Microsoft’s Kinect last week, has already announced a winner: A hacker named Hector Martin, who will “invest this bounty into hacking tools and devices for a group of people he works with closely.”

Martin’s open driver, demoed below, may not be the first to figure out the code underlying the Kinect’s depth camera — a video that circulated the ‘Net earlier this week appeared to achieve something similar — but the creator of that previous video opted not to share the code.

While the prospect of an open Kinect driver had DIY roboticists salivating from the get-go, given how expensive comparable sensors are, it drew the ire of Microsoft, which told CNET, “Microsoft does not condone the modification of its products … With Kinect, Microsoft built in numerous hardware and software safeguards designed to reduce the chances of product tampering. Microsoft will continue to make advances in these types of safeguards and work closely with law enforcement and product safety groups to keep Kinect tamper-resistant.”

In addition to giving Martin $3,000, Adafruit will also give $2,000 to the Electronic Frontier Foundation, which it says “defend[s] our digital rights, our right to hack, reverse engineer and do things like this project.”