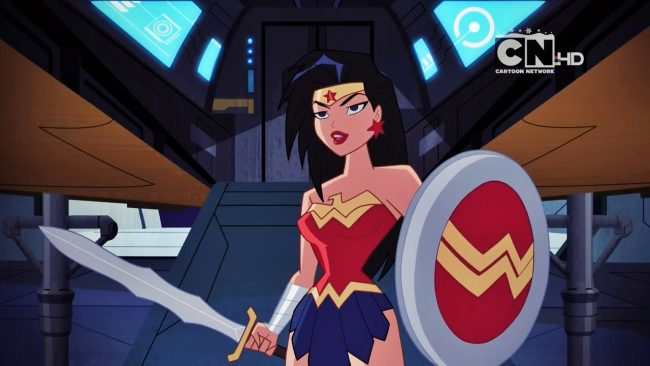 Rachel Kimsey’s enthusiasm for her role on Cartoon Network’s Justice League Action is palpable. I guess if you get to voice Wonder Woman for a living, how could it not be? I got to speak to the actor after the Justice League Action panel at WonderCon (or was it Wonder Con?), and we talked about Wonder Woman’s strengths, her flaws, fan fantasies, and what she brings to the role of Diana of Themyscira.

Kimsey has been a voice actor for over ten years, but after several video games (including roles in the Call of Duty franchise), commercials, and narration jobs, Justice League Action is her first role in animation. She is amazed that she landed Wonder Woman her first time out in the animated realm and says, “For this to be my first animated project, for this to be my first recurring character, and for this to be one of the most iconic female characters of all time is not only not lost on me, but is the greatest privilege and the greatest joy.”

“I looked at it and I was so overwhelmed by the idea of auditioning for Wonder Woman, that I did both of my other two first, and I thought Those were good! I am on a roll! I was super proud of those, and then I looked at Wonder Woman and I was like, Maybe I won’t even send it. I mean, it’s Wonder Woman. Then I was like No just do it. It’s your dream to be Wonder Woman. But what does she sound like? Because I know her spirit, I know her energy, I know her power … and then I realized, Well, I know what she makes me feel. So, I guess Wonder Woman sounds the way I sound when I feel like Wonder Woman. The first day that I showed up, one of our storyboard animators said, ‘The minute we heard your audition we knew it was you.'” 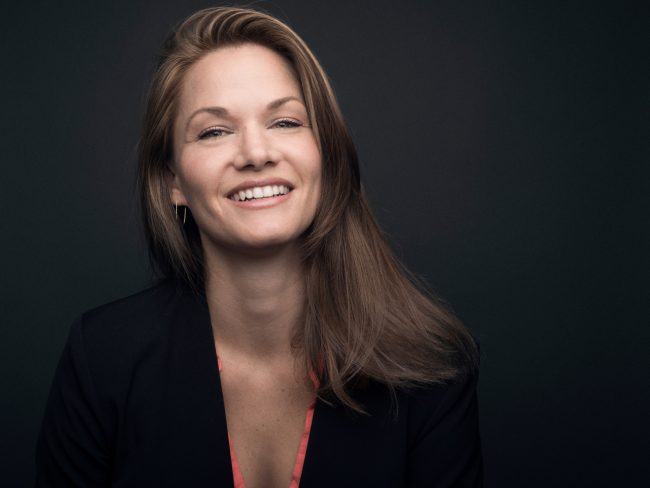 Having played the role for a while now, she relishes its positive effects on her real life. “One of the things that’s been a really amazing experience for me,” Kimsey explains. “Is the power that I get to take with me into my regular life—when all I did was show up with everything that makes me feel powerful and empowered, and that was not only good enough, but exactly what they wanted and exactly what they needed—maybe I can keep giving myself that gift in the rest of my life. It honestly has been transformative in other parts of my life too, and it’s really exciting. I love it.”

Just as I asked Jason J. Lewis, the voice of Superman, in my interview with him, I had to ask Kimsey to tell me her take on the decision to have Superman and Wonder Woman explore a romance. She says:

“The truth is I have similarly strong feelings that a lot of women do about having any of the female superheroes paired up with anyone at all. Superhero or not. I’m like, Not every woman has to have a boyfriend. That’s not the point. Now in Wonder Woman’s story and her history, Steve Trevor has always been there and so there’s a lot of value in that. At the same time, I don’t fault anyone for going Superman and Wonder Woman are my favorite, and I want to see them together! Or, Batman and Wonder Woman are my favorite! I want to see them together! Or like, It’s so weird that she’s been giving Aquaman rides in the invisible jet forever. I want to see them together. I don’t fault anyone for filling out what their fantasy and their imagination is the way they want. That’s what this is for.

Some people responded loving it, because they’re Wonder/Super fans, and some people were hurt by it, because they are very invested in one of the other stories, including Steve Trevor and Superman/Lois. I’m so grateful we got to have that conversation, because as we were making this I was thinking about This Moment, and thinking of it as an isolated thing, and I think it’s always really good to remember that each moment exists on its own and exists in a context and a continuity. And as much as I value that experience and that attention, I can also still appreciate that the thing that we made was its own moment and that both of those things can exist.”

She makes sure to add: “In the end, that kiss [from the S1 episode “Repulse!”] never happened, and there’s something to be said for that.”

“I always feel a little embarrassed to admit this. The thing that attracted me to Wonder Woman so much when I was young, and remains powerful to me now, but the balance of it keeps shifting, I remember when I was a kid I was like She’s beautiful and she’s strong. To not have to choose between those two things. That your strength doesn’t make you less of a woman and your femininity doesn’t make you less powerful. That has been one of the touchstones that’s kept coming back to me over and over again. Sometimes that means giving myself permission to have a little vanity and put on red lipstick on an interview day, and sometimes it means No, I’m going to go lift weights today and nobody can tell me that my butt’s too big because it’s strong.

What is Diana’s flaw? The thing that’s fun in our show—because your greatest strength is usually your greatest weakness—Diana’s kind of a butt-kicker, and she enjoys her strength. That means sometimes on our show she misses moments of empathy and sympathy. There are moments where she’s like, Pfft, Parasite got crushed? Good riddance … okay, he’s a bad guy, but … It’s cool to find that balance. And I love it on our show Kal tends to bring Diana back in those moments, which is really nice.

Other times, I think—and maybe this is a controversial thing to say—but that softness and non-violence, and that refusal not to cross a certain line to protect one person has put other people at risk. That’s always the superhero dilemma.”

In talking about her first cons, including SDCC 2016, where Justice League Action premiered, Kimsey demonstrates that she truly embodies the spirit of Wonder Woman. “I totally got locked out of the Wonder Woman panel last year,” she says, laughing. “I was literally two people away from getting in. And it was so funny, because everybody that I talked to later was like Why didn’t you just tell them that you’re Wonder Woman? And I said, Because Wonder Woman doesn’t take somebody else’s seat. I can’t take a seat from somebody. It’s not okay!”