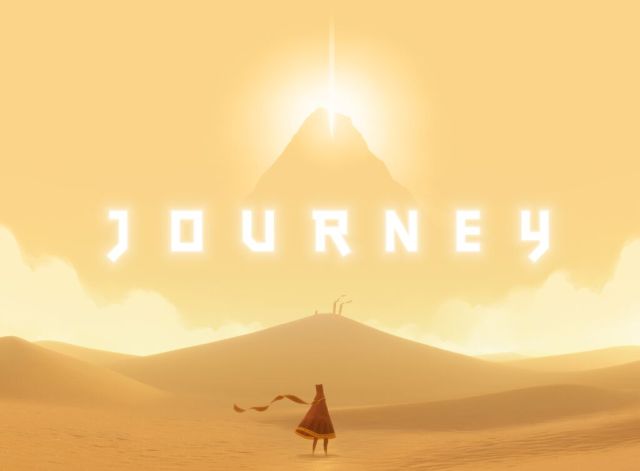 Journey is a primal experience. After some brief, simple training at the top of the game that introduces you to the key buttons, you are guided wordlessly — led entirely by brief interactions with a higher being/mentor, soaring music, and your emotions — toward a shimmering mountaintop for reasons that become revealed to you bit by bit as you play. It’s an amazing game that is now available on PlayStation 4 for the first time!

In honor of the occasion, TMS spoke with Sunni Pavlovic, Studio Manager at thatgamecompany, the studio behind Journey. She spoke with us about her involvement in bringing this beloved, award-winning game to PS4, as well as about current gaming trends and what someone needs to do if they want to get into the gaming industry. 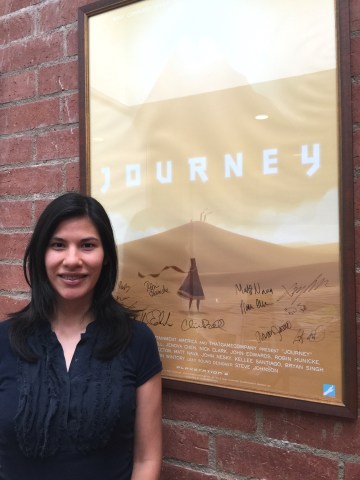 Teresa Jusino (TMS):  Tell us a little about how you got started in the gaming industry, as well as your role in bringing Journey to PS4!

Sunni Pavlovic: I like to think I can trace my start in games back to falling in love with the medium as a child — not for any conscious effort on my part in those early years, but because of the solid foundation of enjoyment and appreciation that all those hours of play built into me. I then took a break from games in my later teens, which meant it was years before I came back to the wonder and power of games. Before then, I was building my career in film and entertainment in China, which gave me the skills and experience needed to work at a smaller studio taking an innovative approach to interactive entertainment. That’s how I fell in with the fine folks at thatgamecompany.

By the time I started at TGC, Journey had just launched on PlayStation 3, and TGC was focused on building on its next phase as a self-publishing, independent studio working on a brand new title. This was also an opportunity to oversee the original flOw, Flower, and Journey games released on disc as a special collector’s edition, the ensuing The Art of Journey book release, and re-masters of each title culminating with the recent launch of Journey on PlayStation 4.

Working on a re-master of a finished product is very different from working on a new title, which I was doing simultaneously. It was magical watching a familiar and proven experience come together in a whole new way to support the higher frame rate and resolution while supporting the familiar feel of the sand and cloth that define the game. It’s a tricky technical and artistic balance — there were many conversations all along the way on how to maintain the integrity of the original experience while taking advantage of a new console generation release. 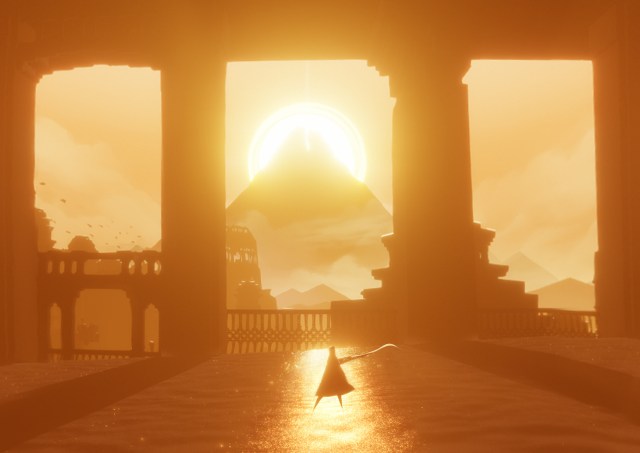 TMS: One of the beautiful things about Journey is that it feels really primal. There’s no spoken dialogue, and very little to tell you what to do and where to go, and yet the player finds themselves going on this beautiful (and sometimes harrowing!) adventure regardless. What was the reasoning behind designing the game in this way? What was thatgamecompany hoping to accomplish?

Pavlovic: Our goal is simple: for more people to experience and appreciate interactive entertainment the way we do as game developers. The catch is to create a scenario where technical complexity isn’t getting in the way of a player’s ability to go on the adventure and experience the emotional arc.

The common issue is technology is not inherently relatable, while games at their core are technical systems. That makes it easy for someone unfamiliar with games to find them not only unappealing, but potentially intimidating, or even threatening. So that’s the barrier we as game developers have to overcome through carefully crafted game design. It’s our job to present an experience where players can see past the technology and appreciate games as the entertainment medium they are.

With each successive game we’ve pushed further on delivering an experience that feels timeless, accessible, and capable of eliciting a particular emotion through interactive design. With Journey the feeling we went for is a sense of loneliness and smallness against the large, desolate landscape. This sets up the players for a more profound appreciation for the other players they may later come across in the game. If the player finishes Journey and comes away with something positive that continues existing outside of the game, then I feel we’ve done something right. 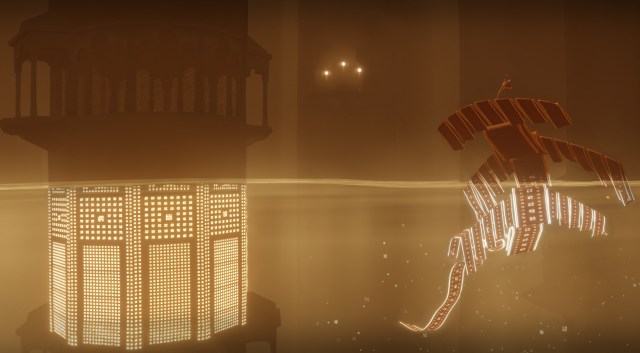 TMS: Now that Journey is on PS4, what are some of the changes/additions/ differences players may notice?

Pavlovic: The most important part for us was making sure the feel and emotional experience of Journey on PS4 lived up to the original. The bonus for players is experiencing Journey’s lushness in the PS4 version’s upgrade to 60 FPS and 1080 HD resolution. These visual enhancements provide the player with a deeper immersive experience without affecting the nature of the game. Tricky Pixels, who handled the port, and our publisher Sony Santa Monica were great partners this way because they were fully on board with supporting the emotional consistency of the experience rather than upgrades for upgrades’ sake.

TMS: What role do indie games play in the gaming landscape? And what do you hope non-fighting games that speak to emotions like Journey does will contribute to gaming?

Pavlovic: I’ve started gravitating fairly exclusively to indie games because that’s where the most compelling experiences have been. These games tend to be made by smaller teams with distinct voices exploring new directions. Smaller teams, due to their lower overhead, have more financial freedom than a big-budget studio to take on the interesting creative risks that push the industry forward.

The individuals who join these teams are typically in it for the love of games and have left higher paying jobs at bigger studios or were independent from the beginning. That isn’t to say it’s easy pouring one’s blood and sweat into a close-to-the-heart project, or that every independent project succeeds creatively or commercially. But the projects that do succeed — the ones that knock it out of the park — they speak to me in ways the next blockbuster game can’t, and it’s a welcome breath of fresh air. We need more of those games and, fortunately, I don’t foresee them going away any time soon. 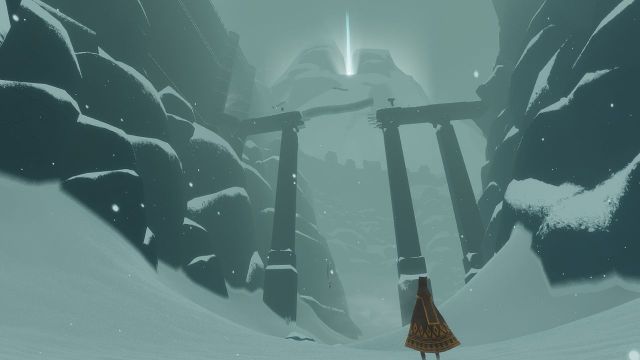 TMS: What are some of the gaming trends we should be keeping an eye on in 2015? And what are some other games out there that you think deserve more attention?

Pavlovic: VR is going to be an interesting space with lots of experiments happening there. I’m not sure what is the future of VR in games, but it’s certainly more than just a niche platform and worth keeping an eye as it develops. The independent scene is another place I enjoy keeping an eye on. Independent and indie can mean a lot of different things, and not every game is for every person, but at least there’s something for everyone.

I’m currently playing Life is Strange. I’m not sure where it’s going yet, but so far, so good. It’s not a perfect game, but it has a consistency and charm that feels right. I appreciate that the main character is fairly generic; she isn’t any better than anyone else in the smarts, success, or power department. She does have one special ability but, for the most part, she’s just an ordinary teenage girl trying to make her way through life. That’s what makes her relatable in ways most game characters aren’t.

When I finish Life is Strange, I plan on checking out the new King’s Quest while eagerly awaiting the releases of What Remains of Edith Finch, Firewatch, Beyond Eyes, and the final two chapters of Kentucky Route Zero!

TMS: What steps would you recommend to an aspiring female game developer? Where should she start if she wants to embark on a game development career?

While you’re prepping for your burgeoning career in gaming, check out Journey on PS4!