Turns Out Kids Aren’t Actually Fans of Violence in Television 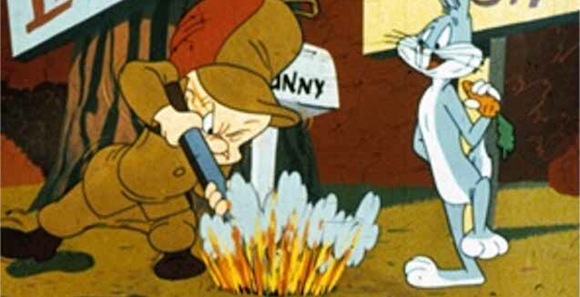 An assistant professor has published a study on what appeals to kids in television with some interesting results, mostly due to an interesting distinction that he explored: the difference between violence in a cartoon and action.

Specifically, he found that children identified more with characters and enjoyed a show more if the show wasn’t violent.

Research assistants showed each child one of four versions of a five-minute animated short created for the study and then led them through a questionnaire. The short was designed to resemble familiar slapstick cartoons. Four different versions of the cartoon were used. Six violent scenes were added to one version, which was carried out by both characters and in response to earlier aggression. Nine action scenes were added to another version. Two other versions had lower amounts of action or violence.

Andrew J. Weaver and co-authors Jakob Jensen, Nicole Martins, Ryan Hurley, and Barbara Wilson found that, contrary to our cultural assumption that boys are more agressive, young boys found it easier to identify with characters who weren’t violent. When the kids identified with the characters, they liked them more, and enjoyed the show more.

Oddly enough, girls did not have a similar reaction, researchers say because most of them perceived the characters to be male, and so did not identify with them as strongly as the boys, whether or not the characters were violent. The study’s authors seemed puzzled that the kids would assume purposefully their un-gendered characters were male, but it makes perfect sense to us.

The cartoon the researchers used, “Picture Perfect Thief,” featured a villain called Eggle, who attempted to steal a painting created by a hero called Orangehead. Eggle ultimately fails and the hero’s painting wins first place in an art show. It was created by a friend using Macromedia Flash.

I can only assume that the characters themselves were cartoony and somewhat abstract, and we all know that the way you make a girl cartoon is to put a pink bow on her. No really, TVTropes calls it Tertiary Sexual Characteristics:

When they must assign gender to animals, inanimate objects, or even abstract concepts, writers and artists have hit upon an ingenious solution: Put A Bow On Her Head! Because Every Girl Is Cuter With Hair Decs!

Writers tend to assume that for some reason most viewers will assume that the protagonist is a guy by default. So to make absolutely sure there’s no Viewer Gender Confusion, developers will assign Tertiary Sexual Characteristics to the females. Occasionally, males will have some as well, but they tend to be much less obvious.

(We’ve left all the original links in to preserve TVTropes’ particular kind of coherence.)

Weaver says he would like to reapply his research on girls using an action show with clear female main characters, like The Powerpuff Girls. In the meantime, writers have some evidence to show producers that they can use action to draw in child viewers, not just violence.