You know, just in case you thought that the world was a just and good place. 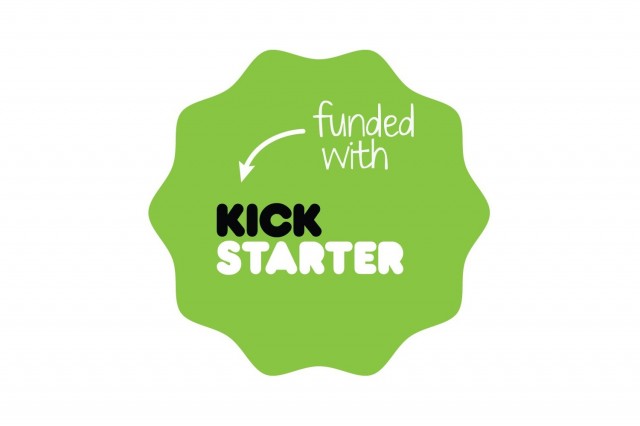 People are quick to accuse Kickstarter campaigns of being scams if they ask for too much money or take too long to deliver the goods, but what happens when it’s not the campaign creators who are trying to scam you, but the backers? It’s possible, and as a large number of Kickstarters have found, as of now Amazon can’t do anything about it.

Alex Heberling, a comic artist who recently successfully completed a campaign for her webcomic, The Hues, first came forward with her own experiences yesterday. In a lengthy cross-post on Tumblr and Twitter, she described a single backer, Encik Farhan, who pledged $1000 to her goal and then disputed the charge to his credit card company months later after already receiving his rewards.

Encik Farhan pledged $1000 to my campaign and filed a chargeback a few weeks ago, after I said I’d started shipping rewards.

He has done this to DOZENS of creators, I wouldn’t doubt that a majority of the projects he backed, he has filed chargebacks 2 months later.

I am still waiting for the results of my appeal. Losing $1000 will ruin me if the credit card company sides with Encik Farhan.

Heberling felt that something was fishy, but only realized that she’d been scammed after a similarly-affected game developer, Anarchy Enterprises, started contacting other campaign leaders to see if they’d also had problems getting their money from Farhan. The response was so enormous that Anarchy Enterprises needed to start a forum to keep track of everyone who’d been cheated.

“I had no way of knowing this would happen, and even if I did, no way of avoiding it other than to not use Kickstarter at all,” Megan Gedris, another artist who Farhan backed, told us yesterday. “You can’t block someone from pledging to you, you can’t report a user. But heck, many projects have so many backers, you can’t sort through every one to determine if it’s a scam. So if any money is given back to this guy, it should come from Amazon’s pocket, not the creators’, and the creators who were already forced to refund him should be re-compensated.”

Farhan has since had his Kickstarter profile banned (see below), but before he had, he’d “contributed” to approximately 158 campaigns since May of this year. These campaigns included comics like Eberling and Gedris’s, as well as tech products (before the profile went down, we saw that he’d given money to the Halo Pet LED collars that we covered back in June), games like the ones made by Anarchy Enterprise, movies, books — basically anything you could think of. Some creators are only out $300 dollars or so, while others were cheated out of up to $6,000 of funds, not including the cost of the rewards that were shipped out to Farhan.

As of now, unfortunately, there’s nothing in either Kickstarter or Amazon’s policies that protect Kickstarter campaign creators from backers of this kind. As Heberling told The Beat yesterday, Kickstarter’s Trust and Safety team has been made aware of Farhan and will probably deliver some kind of official statement in the near future. But until the site allows users to report backers, there’s no telling that this won’t happen again.

“How did it not raise a red flag with Amazon that a man who listed his location as Iceland but who asked for 158 rewards to be sent to Malaysia?” Gedris said. “How can someone ask for that many refunds and get them without there being something in place to say hey, something is up here?”

[Updated – 5:58pm EST] We just received an update from a member of the Kickstarter team, who let us know that Farhan was banned outright from Kickstarter for his actions. Contrary to the information we’d received from several Kickstarter users, we were also told that “Creators have the ability to cancel a particular backer’s pledge” and “are able to report a user to our moderation team,” but were not made aware as to how. Once our contact tells us more, we’ll follow up on this.

The Kickstarter Communications team has also offered up this statement with regards to the situation:

Kickstarter and Amazon Payments, our US payments processor, were recently alerted to a series of malicious pledges by a single individual to more than 100 Kickstarter projects. Upon learning this information, we shut down this person’s account, canceled their live pledges, and permanently banned them from Kickstarter.

Kickstarter and Amazon are working together to investigate this situation. We won’t let a single bad apple harm the integrity or goodwill of our incredible community.