Kickstarter Gets Serious, Adds New Rules to Reiterate It’s Not a Store 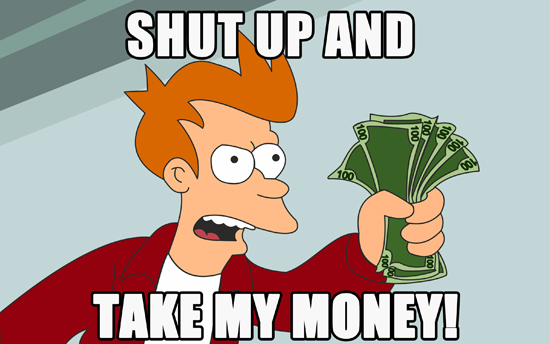 Kickstarter is something like the financial equivalent of a double-edged sword. On the one hand, it hooks up folks that have the capability to do fantastic things with people that are happy to help fund said fantastic things. On the other, there are certain people that bite off more than they can chew, especially when it comes to hardware, and therefore fail to deliver on their promises, thus enraging their backers. In an effort to squash this kind of unfortunate outcome, Kickstarter has added a few new rules to indicate that, once again, they are not a store.

At a store, customers buy finished products off the shelves and that’s that. They own those things now, as they have bought it. Kickstarter is a funding platform, nothing is being purchased or bought, and yet backers continuously moan and complain when deadlines are missed for any sort of pledge tier rewards. If the team behind the project is failing to keep backers updated, that’s one thing, but all they’re required to do is keep backers in the loop and continue plugging away.

The additional rules Kickstarter has added to curtail this behavior to include a new section called Risks and Challenges and specific rules for Hardware and Product Design projects. The hope here is that the Risks and Challenges section will add another dash of reality to the mix, letting folks know that this is all in development and nothing is concrete just yet. The Hardware and Product Design changes, however, are a bit more severe.

For example, product simulations and renderings are prohibited. If the prototype can’t accomplish what the team behind it wants to show, tough luck. Allowing multiple quantities is also off the table, unless it only makes sense to offer something as a kit or pair, as it only reinforces the idea that something is actually being bought in the transaction.

Kickstarter’s seen a lot of growth in a relatively short period of time. In order to continue on this trajectory, they need backers to fully understand exactly what’s going on when they pledge money to projects. These kinds of additions to the rules might seem a bit constricting, especially for Hardware and Product Design projects, but they’re ultimately there to ensure the Kickstarter experience is more of a pleasant one. Hard to argue with that.