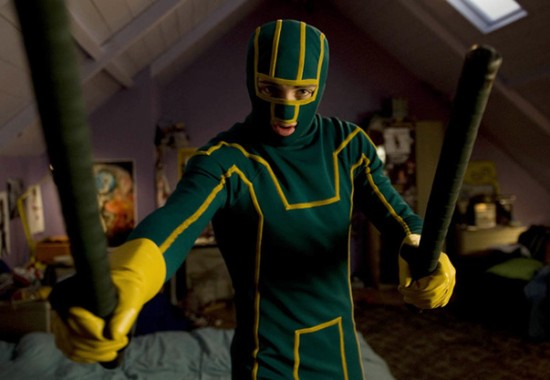 Kick-Ass is not doing so well in its first box office weekend, according to USA Today.  The Millar-based flick expected to at least clear its production costs, but estimates put it at  earning $19.8 million.

This puts it neck and neck with How To Train Your Dragon, which took in $20 million in the past two days, its fourth box office weekend.

Add another one to the list of times that internet excitement has not translated to “people going to theaters.”  As Snakes on a Plane found out, the thing about the internet is that it is a culture where most things are (or are demanded) free.  It is also a culture with a large population of people who know very well how to get a movie for free, without even getting up out of their chairs.

box officeHow to Train Your DragonKick-AssSnakes on a PlaneUSA Today