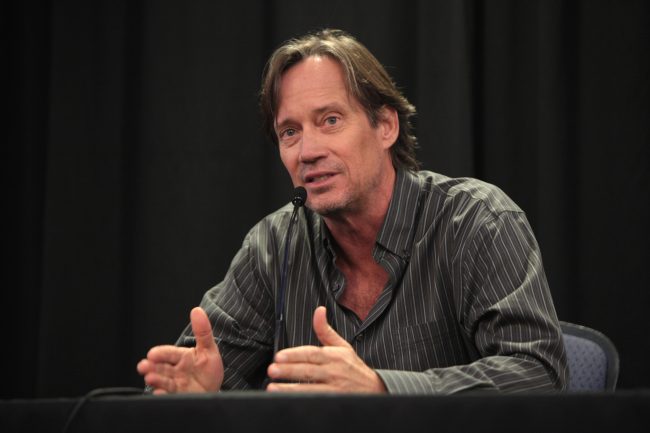 It looks like Supergirl is bringing in another recognizable face. According to TV Line, Kevin Sorbo has joined the cast as an unnamed villain. He previously starred in the mythological series Hercules as the titular character as well as the sci-fi series Andromeda, but has since starred in a series of movies most of us have never even heard of.

“Since his days as Hercules, Kevin Sorbo has brought such a strong presence to the screen and we couldn’t be more excited to have him join us on Supergirl,” executive producer Andrew Kreisberg said in a statement. I guess it would be cool to have such a person join the cast, but I think in this case, his off-screen persona overshadows what he’s accomplished on the small screen.

After all, this is the same guy who went on a lovely Facebook rant where he called Ferguson protesters “animals.” He wrote: “Ferguson riots have very little to do with the shooting of the young man. It is an excuse to be the losers these animals truly are. It is a tipping point to frustration built up over years of not trying, but blaming everyone else, The Man, for their failures. It’s always someone else’s fault when you give up. Hopefully this is a reminder to the African Americans (I always thought we just Americans. Oh, well.) that their President the voted in has only made things worse for them, not better.”

He then delivered a non-apology while also attacking the media. Sound familiar? There’s also this anti-Hillary tirade among other things. I suppose the fact that he’s playing a villain works here since I already dislike him as a person. The big question, however, is which villain will he be?