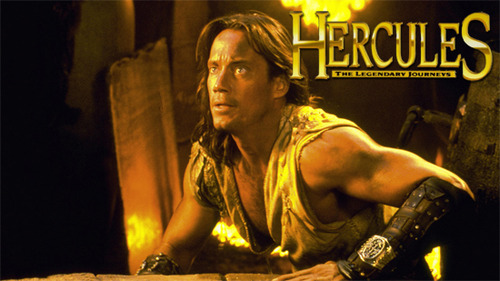 Shocking news today from Kevin Sorbo. The actor revealed he suffered not one, but several strokes while filming Hercules: The Legendary Journeys in the 90s.

Sorbo spoke with Neurology Now, telling the magazine he started having pain, aches, tingling and cold sensations in his left arm and hand in 1997 when he was 38-years-old. The actor is now 52 and speaking out about his ordeal to the magazine and through his forthcoming book, True Strength: My Journey from Hercules to Mere Mortal and How Nearly Dying Saved My Life.

“At the time, I was promoting the feature film Kull the Conqueror. I had several doctors on my publicity tour check me out, but they didn’t believe it was anything serious,” Sorbo said. “I even had what seemed like a rational explanation, having recently injured my ulnar nerve—the funny bone.”

But, as it turns out, his problems were warning signs of a much more serious issue. Sorbo continued training through the pain but on his drive home began experiencing blurry vision, dizziness and buzzing in his head. “He decided to sleep it off. But the next morning, his speech was slurred and he could barely walk,” says the magazine. “His fiancée, actress Sam Jenkins, took him to the hospital, and after a flurry of tests, doctors determined he had severe disruption of blood flow to his lower arm caused by an aneurysm in an artery near his shoulder.”

The aneurysm was apparently causing blood clots for some time and Sorbo went in for surgery and his MRI results showed he had suffered three strokes. The magazine says, “Sorbo’s doctors considered his experience a medical anomaly. They told him that someone of his age and physical health had about a one in seventy-five million chance of experiencing both an aneurysm and strokes.”

While recovering, Sorbo went from working 12-hour days on the set of Hercules to just a few a day but mentioned that his production studio carefully concealed the severity of his condition by bringing on guest stars and rewriting scripts to work around the his limitations.

As a loyal viewer of Hercules this really comes as a surprise as the actor said himself, “I felt like I had been transformed overnight from a youthful, carefree jock into someone who needed to grasp the backs of chairs and counters for an arduous five-yard trip to the bathroom.”