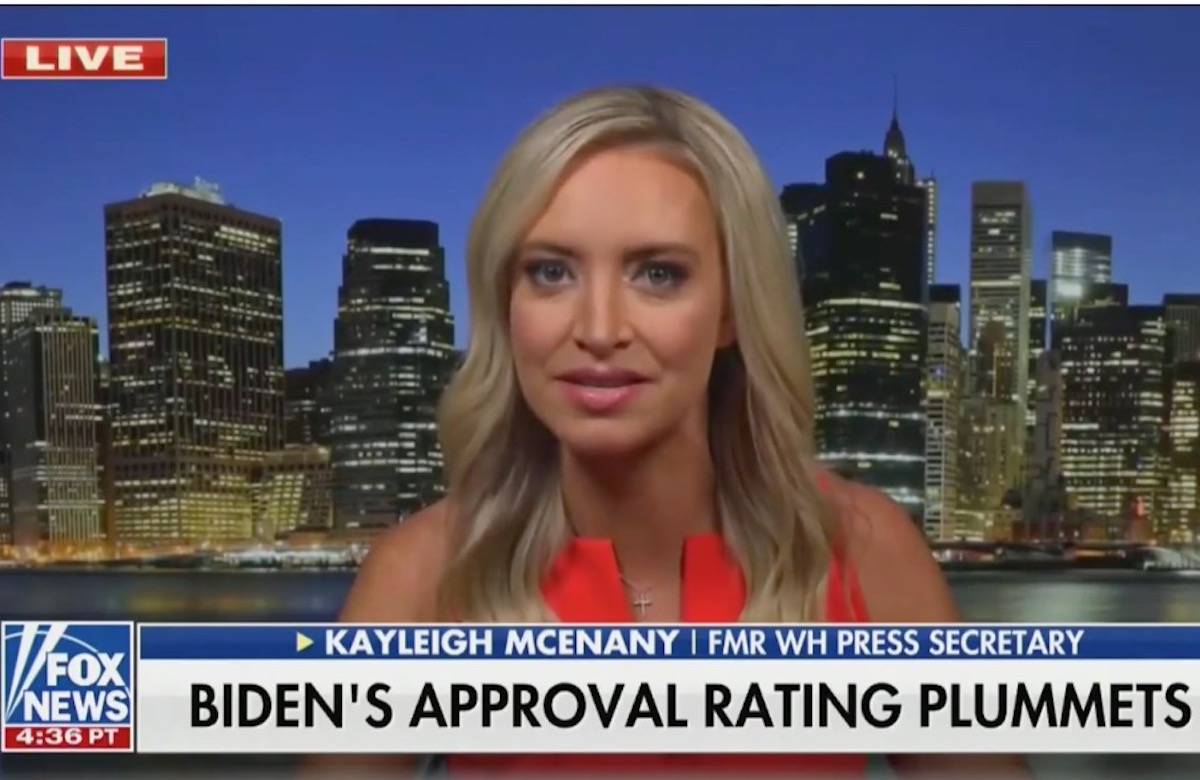 Donald Trump’s former Press Secretary Kayleigh McEnany no longer gets to speak from the White House podium but she’s still finding ways to publicly spout nonsense so far removed from reality it makes our brains hurt.

During a recent appearance on a Fox News segment criticizing Joe Biden’s falling approval ratings, McEnany compared Biden to his predecessor, saying that when Trump was president, “you didn’t see crisis after crisis. You just didn’t see it!”

That sure is news to the rest of us who remember living through four years of nonstop crises. Honestly, it’s not surprising that Trump’s former mouthpieces are continuing their professional gaslighting after leaving office.

Right off the top of my head, the obvious COVID-19 crisis comes to mind, which started and grew under Trump, who famously downplayed the danger of the virus despite knowing full well just how deadly it was and how bad things were likely to get.

There was the crisis of Trump’s supporters—whipped into a frenzy by partisan hatred, white supremacy, and an insidious conspiracy theory—violently storming the U.S. Capitol in an attempt to stop our election processes from being carried out.

And who could forget the crisis of Trump’s impeachment, which happened twice during his presidency?

In fact, the term “constitutional crisis” soared in usage during his four years in office:

Even right there on Fox News, the network spent years warning its viewers about a litany of crises: the opioid crisis, the border crisis, the refugee crisis, the homeless crisis, the “crisis” crisis. Many of Fox News’ “crises” were totally manufactured for the purpose of instilling fear and anger in their viewers but they still insisted we were living through “crisis after crisis” as McEnany put it.

And while Fox News blamed these “crises” on Democrats (often using the confounding argument that they would be happening in “Joe Biden’s America” even while Trump sat in office overseeing these events), that at least means they know how to spread blame around. Perhaps they could be doing that now, acknowledging the role Trump (let alone his fellow past Republican president George W. Bush) played in the events currently unfolding in Afghanistan.

But they won’t do that because apparently crises now didn’t exist until January 20, 2021.

(via The Daily Beast, image: screencap)