Kathleen Kennedy Steps In At LucasFilm As George Lucas Retires 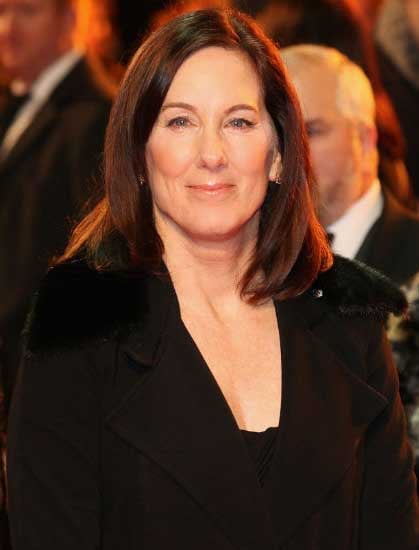 On Thursday we told you about Star Wars director George Lucas once again confirming his retirement was close to becoming a reality. And wouldn’t you know, just a day later LucasFilm announced a new co-chairman. The position goes to Hollywood producer Kathleen Kennedy.

Kennedy co-founded Amblin Entertainment with her husband, Frank Marshall, and Steven Spielberg back in 1981 and she’s been producer or executive producer on just about every movie you love: The Goonies, Raiders of the Lost Ark, Back to the Future, Jurassic Park….you get the idea. With the new move, she’ll be stepping down from her other production company, Kennedy/Marshall Co.

According to the Hollywood Reporter, “Under the transition that Lucasfilm announced Friday, Lucas will become co-chairman of the board of Lucasfilm and continue as CEO. Micheline Chau will remain as president and COO and continue to focus on the day-to-day operations of the business.”

“Lucasfilm is such an amazing company; I am incredibly excited to step in to fill even part of George’s shoes,” said Kennedy, who called the director a “true visionary.”

“I’ve seen him build Lucasfilm from a small rebel unit in Northern California to an international fully integrated entertainment company. I’m excited to have the chance to work with such an extraordinary group of talented people,” she said. “George and I have talked about the enormous opportunities that lie ahead for the company, and as George moves towards retirement I am honored that he trusts me with taking care of the beloved film franchises. I feel fortunate to have George working with me for the next year or two as I take on this role—it is nice to have Yoda by your side.”

“I’m moving away from the company, I’m moving away from all my businesses, I’m finishing all my obligations and I’m going to retire to my garage with my saw and hammer and build hobby movies,” Lucas told Empire Magazine. “I’ve always wanted to make movies that were more experimental in nature, and not have to worry about them showing in movie theaters.”

As to his thoughts on the decision, Lucas had this say: “It was important that my successor not only be someone with great creative passion and proven leadership abilities, but also someone who loves movies. I care deeply about my employees—it is their creativity and hard work that has made this company what it is today. As the company grows and expands I wanted to be sure the employees of Lucasfilm have a strong captain for the ship. I also care deeply about our fans and it was important to have someone who would carry on the passion and care that I’ve given the films over the years. So for me Kathy was the obvious choice, she is a trusted friend and one of the most respected producers and executives in the industry.”

“George and I have to sit down and talk about the various divisions, what the company is doing,” said Kennedy, who will be overseeing not just the film devision of the company but also Industrial Light & Magic; the audio postproduction outfit Skywalker Sound; LucasArts, which develops interactive entertainment software; Lucas Licensing; Lucasfilm Animation; Lucas Online; and Lucasfilm Singapore. “I’m not going in to invent anything new.”

But she is looking into LucasFilm creating more actual films under her watch. They made 13 films in the 80s, just two in the 90s, and five in the 2000s. As to whether or not that would include a fifth Indiana Jones movie she said, “That’s always a possibility; it’s certainly something we all talk about.”