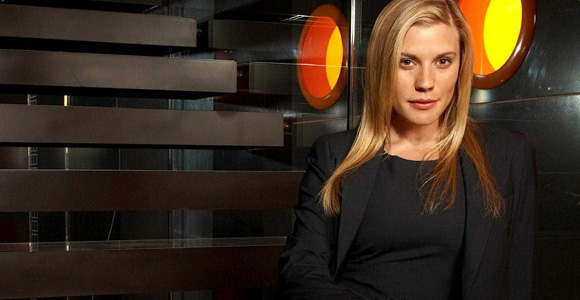 Has Hollywood finally gotten the power to read our minds? Battlestar Galactica’s Katee Sackhoff has joined the cast of upcoming all-female Expendables-like film. I can already feel the ass kicking in my bones.

There’s not a lot of info on this project yet. While director of The Expendables 2, Simon West, has said he’s planning on adding female action stars to the next outing of that franchise, this as-yet-unnamed project is being put together by Adi Shankar. Unknown Dutch Southern is on board to write but a director has yet to be chosen.

Variety broke the latest news and had this quote from Shankar to offer, “If you spend five minutes with Katee it becomes blatantly obvious that she would pwn most male action stars.”

Sackhoff is best known (at least in our world) for playing Starbuck on BSG but has also had roles in the Bionic Woman reboot series, 24, and will play alongside Vin Diesel in the upcoming Riddick film. She’s currently voicing the character Bo-Katan from Star Wars: The Clone Wars and we recently found out she’ll be playing the mother of Doctor Who’s Karen Gillan in her first movie role after leaving the British series. That film is called Oculus and before you freak out, her part will take place in flashbacks.

Previously, Haywire star Gina Carrano was cast to lead the film. Shankar said, “I don’t know how I’m supposed to make a movie that is supposed to be the female version of ‘The Expendables’ without Gina Carano in it. It would be like making Twix without caramel or Jamba Juice without jamba.”  Meanwhile, Michelle Rodriguez told the press she didn’t think she had enough action experience to have be part of an Expendables-like project.

I couldn’t be more excited about this news, Shankar definitely made a wise decision choosing Sackhoff. Now let’s just hope he keeps going in the right direction.