Yet also somehow too experienced? 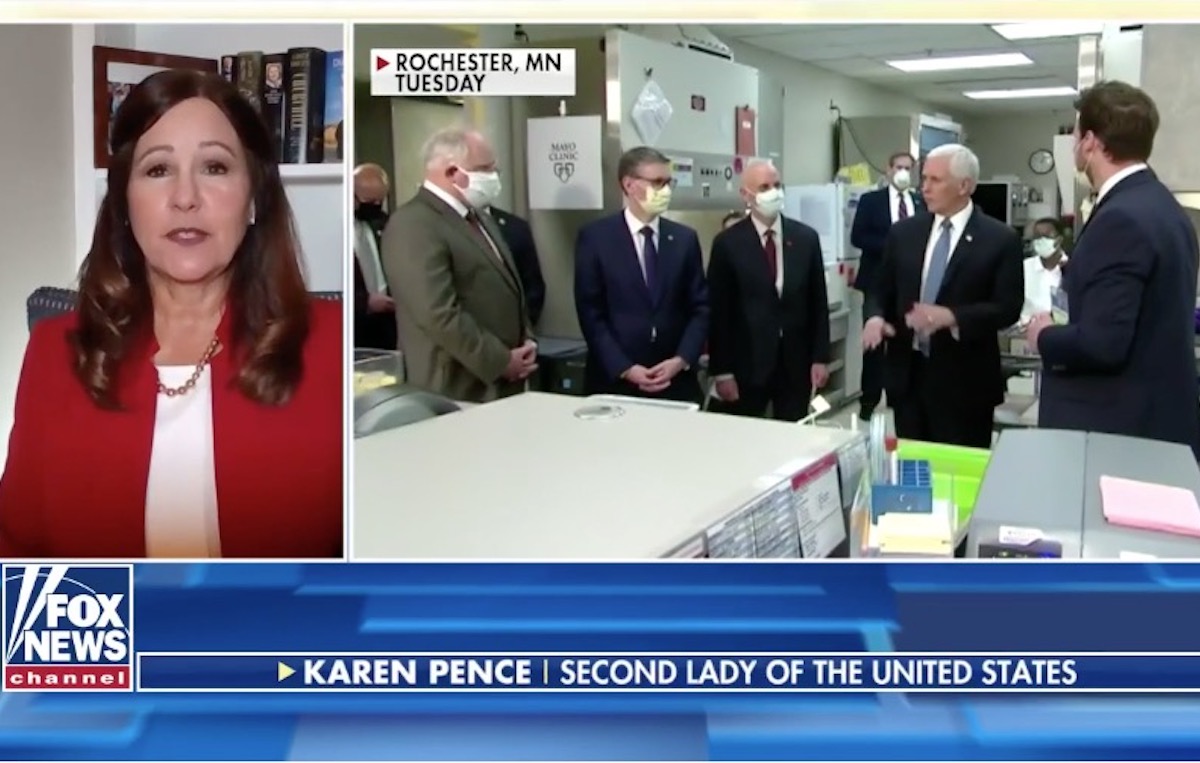 Earlier this week, Mike Pence drew criticism from basically everyone for his decision not to wear a face covering while visiting with medical professionals and even patients at the Mayo Clinic. Now his wife, Karen Pence, has taken to Fox News to defend his choice. But even there, in the safest of spaces, she’s not convincing.

Karen claimed that Pence didn’t wear a mask because no one told him he had to.

“As our medical experts have told us, wearing a mask prevents you from spreading the disease, and knowing that he doesn’t have COVID-19, he didn’t wear one,” she said. “It was actually after he left Mayo Clinic that he found out they had a policy of asking everyone to wear a mask.”

“Someone who’s worked on this whole task force for over two months is not someone who would have done anything to offend anyone or hurt anyone or scare anyone,” she continued.

Except he did do something to offend, hurt, and scare people! And which is it? Is he experienced enough to know how to behave in these situations or too ignorant to know that the clinic’s policy is to wear a mask? Especially when literally every other person he seemed to come in contact with was wearing one.

PENCE flouts Mayo Clinic policy that everyone on campus wear a mask, even as he meets with staff and a patient. pic.twitter.com/kfo64KQDhU

Also, the Mayo Clinic says they did, in fact, inform Pence’s office about the policy. They tweeted and then quickly deleted that statement, but continued to issue that message to reporters.

The @MayoClinic told reporters it “shared the masking policy with the VP’s office” before his arrival. Karen Pence says Mike Pence didn’t find out about it until after he left. So either someone is lying or Pence’s staff didn’t do its job. https://t.co/0GpxVsQMj0

So Karen lied too? https://t.co/DwaN6q8bxg

Not that Pence has ever been one for following directions.

Going without a mask doesn’t make Pence look dignified, it makes him look selfish (and scared of upsetting Trump), and it’s very strange that that reaction seems to have caught him so off guard.