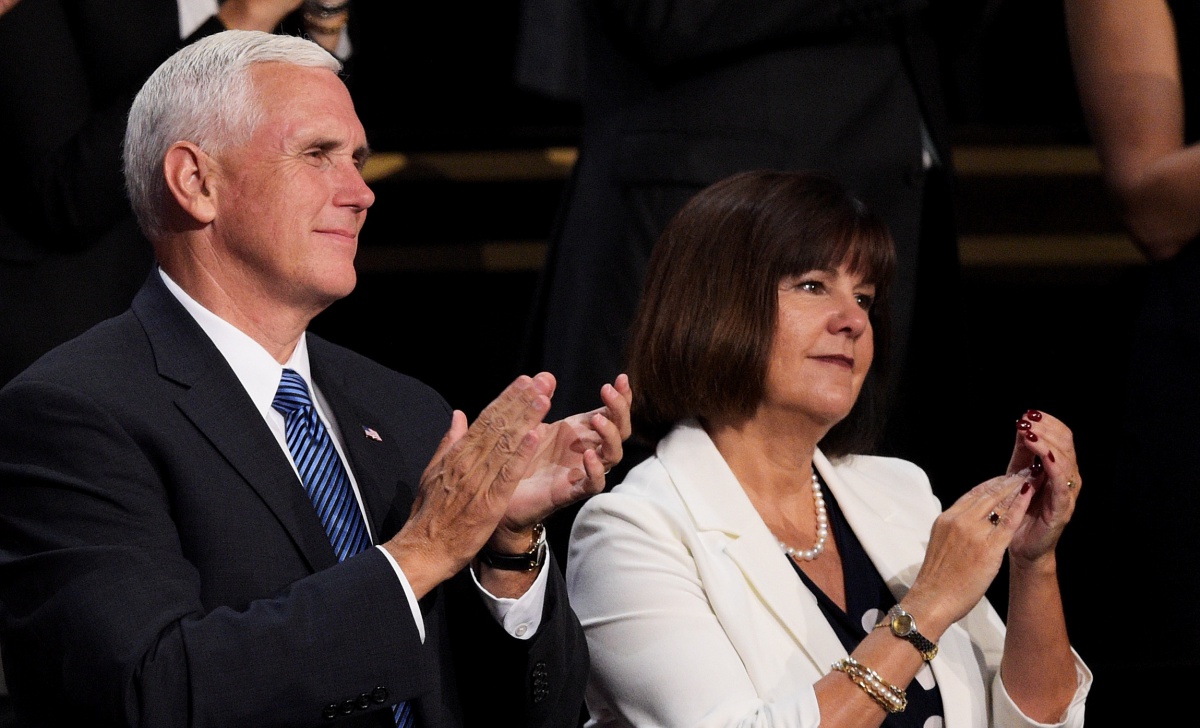 It’s not news to anyone that the Pences support anti-LGBTQ ideology and policy. They like to cover it with the smokescreen their religious beliefs, but I assumed that after John Oliver exposing them, the Marlon Bundo incident, and their daughter Charlotte Pence going to places like The View to assure that her family doesn’t “hate anyone,” they would at least try not to put their blatant homophobia on display. But then I remembered homophobes don’t have shame.

Karen Pence, aka Mother, just recently returned to a prior art teacher positions she had at Immanuel Christian School in Northern Virginia, according to the Huffington Post. PDFs of the school’s parent agreement and job application show that the school takes a very rigid faith-based ideology that includes homophobia, biphobia, and things the Pence family should be smarter than to back publically.

“I understand the biblical role of Immanuel Christian School is to partner with families to encourage students to be imitators of Christ. This necessarily involves the school’s understanding and belief regarding biblical morality and standards of conduct. I understand that the school reserves the right, within its sole discretion, to refuse admission to an applicant or to discontinue enrollment of a student if the atmosphere or conduct within a particular home, the activities of a parent or guardian, or the activities of the student are counter to, or are in opposition to, the biblical lifestyle the school teaches. This includes, but is not limited to contumacious behavior, divisive conduct, and participating in, supporting, or condoning sexual immorality, homosexual activity or bi-sexual activity, promoting such practices, or being unable to support the moral principles of the school. (Lev. 20:13 and Romans 1:27.) I acknowledge the importance of a family culture based on biblical principles and embrace biblical family values such as a healthy marriage between one man and one woman. My role as spiritual mentor to my children will be taken seriously.”

But I have to say my favorite of the rules are:  “7. I will promptly pay tuition and fees according to ICS financial policies listed in the Tuition and Fee Schedule understanding that failure to do so can result in dismissal.; 8. I agree to contribute financially above and beyond tuition, as the Lord provides and I am able.”

The job application asks questions that would be expected for an Evangelical school: “Explain when and how you came to accept Jesus Christ as your Savior and describe your relationship with Christ today,” Explain your view of the Bible as the infallible Word of God.” It also has an agreement in the articles of Employment that say the following:

“I will strive to live a personal life of moral purity that is separated from the world according to Scriptures, as defined by the Statement of Faith of Immanuel Bible Church and agreed upon by the Elders and Pastors of Immanuel Bible Church. I understand that the term “marriage” has only one meaning; the uniting of one man and one woman in a single, exclusive covenant union as delineated in Scripture and that God intends sexual intimacy to occur only between a man and a woman who are married to each other and that God has commanded that no intimate sexual activity is engaged in outside of marriage between a man and a woman. Further, I will maintain a lifestyle based on biblical standards of moral conduct. Moral misconduct which violates the bona fide occupational qualifications for employees includes, but is not limited to, such behaviors as the following: heterosexual activity outside of marriage (e.g., premarital sex, cohabitation, extramarital sex), homosexual or lesbian sexual activity, polygamy, transgender identity, any other violation of the unique roles of male and female, sexual harassment, use or viewing of pornographic material or websites, and sexual abuse or improprieties toward minors as defined by Scripture and federal or state law. Further, I am not, nor have been in the past, engaged in inappropriate conduct toward minors, nor do I have inclinations toward such conduct. Persons so involved or who condone such behaviors cannot be employees of Immanuel Christian School.”

Kara Brooks, Karen Pence’s spokeswoman, made the following statement once news of this became public: “It’s absurd that her decision to teach art to children at a Christian school, and the school’s religious beliefs, are under attack.”

If Karen Pence were a private person, I’d still feel supporting a school with the views would be something I’d find extreme, however, as a private person, she’d have the right to worship her faith however she saw fit. Sadly, Mrs. Pence is not every day Karen Sue from Kansas, she’s the second lady of the United States and part of an administration that has been at the forefront of limited LGBTQ rights when they’re not actively restricting them.

Also, the school’s religious beliefs are homophobic. Period. That shouldn’t be news and it doesn’t matter that she also previously taught at the school for 12 years or that Charlotte Pence attended the school. As the second lady, there are things she can no longer do because of politics and this is one of them. Or, she can do it, but just admit you are homophobic and stop hiding behind your faith to say that you aren’t.

As someone who went to a Catholic All-Girls school in Brooklyn that had non-Catholic students and gay students, I frankly call bullshit on this being the way it has to be.