Vazquez will be the first woman to pen a Star Trek film. 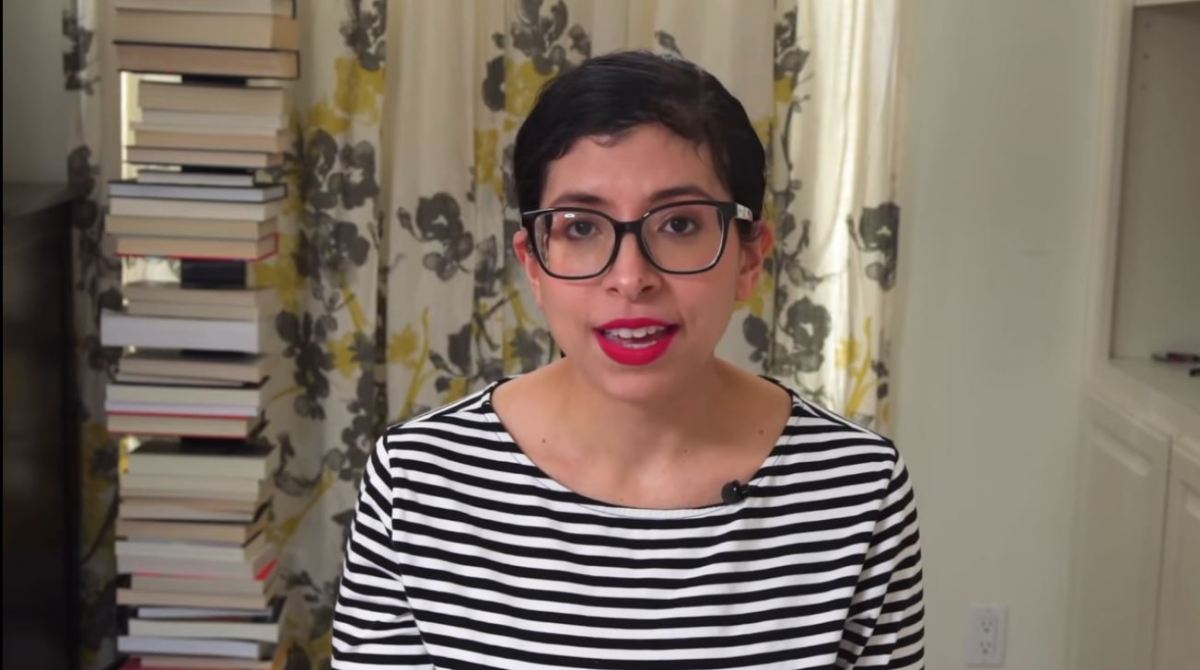 The future is female! Paramount Studios has tapped Star Trek: Discovery writer Kalinda Vazquez to write an original Star Trek movie. JJ Abrams is on board to produce the film, whose plot is being kept under wraps for now. It’s a full circle moment for Vazqeuz, who was named after a character from the original Star Trek series (Kelinda from season 2’s “By Any Other Name”). She will be the first woman (and woman of color) to write a Star Trek film.

Vazquez’s nerd credentials run deep. She penned an episode of Star Trek: Discovery and Star Trek: Short Treks, and worked as a co-executive producer on AMC’s Fear the Walking Dead. Vazquez has written on Runaways, Once Upon a Time, and Nikita. She’s also currently writing Marvel’s new America Chavez series, America Chavez: Made the U.S.A..

Vazquez has been busy recently, adapting Brian K. Vaughn’s graphic novel Barrier for television. She is also set to write and showrun an adaptation of Roger Zelazny’s sci-fi novel Roadmarks for HBO with George R.R. Martin.

Vazquez’s film would be the first Star Trek feature to hit theaters since 2016’s Star Trek Beyond. Several Star Trek films have stalled in development, including a 2017 Quentin Tarantino project written by Mark L. Smith (The Revenant) and a planned fourth film directed by Noah Hawley (Legion, Fargo).

Hawley’s hiring at the time was frustrating, given that S.J. Clarkson (Jessica Jones) was already tapped as the franchise’s first female director. Clarkson’s film would have seen Chris Hemsworth return as George Kirk, James Kirk’s late father, who joins up with Chris Pine’s Kirk, but the film was shelved after contract negotiations fell apart between Paramount and Hemsworth and Pine.

Last year, Paramount film chief Emma Watts put a hold on Hawley’s Star Trek film, which was centered on a space pandemic (what are the odds). In the following months, the studio has appeared to regroup and reassess the future of the highly profitable franchise.

If the future of Star Trek involves more women creators and creators of color, then that would certainly be in line with Gene Roddenberry’s original vision. Paramount has yet to announce who will helm Vazquez’s feature, and the film is clearly still in the early stages. Regardless, fans and Star Trek alum were excited for Vazquez’s new job:

CONGRATULATIONS @KalindaVazquez!!!!!!!!! So excited to see this one day (hopefully sooner than later!). 🖖 https://t.co/zelReYTeVn

I'm so thrilled for @KalindaVazquez! I've no doubt she's gonna knock it out of the park. 🖖 https://t.co/6svW1OPFXJ

Do you think the next Star Trek film should keep within the Kelvin timeline/cast or chart a whole new journey? Let us know in the comments!